In my review of Sapphire’s Radeon HD 5870 last week, I complained that ATI’s Control Center deprives users of real overclocking ability. The limits are low, and in turn, people can’t overclock their cards very easily. So color me surprised when I saw that the overclocking panel for the HD 5850 was wide open, with limits so high, they’d even likely be impossible under exotic cooling. This of course is a good thing, since it actually allows you to be a little flexible.

So unlike the HD 5870, I was excited to benchmark the card, since I knew I’d be able to (or would be likely to) hit an impressive overclock. Better yet, because ASUS bundles in an application called “Smart Doctor”, even the voltage can be increased, making the possibility of acheiving an incredible overclock a much better one.

That’s right… there was no memory overclock whatsoever. Even raising it just 5MHz would crash after a couple of minutes with our OCCT stress test, so I had to focus on the Core only. A 60MHz boost might not be the most impressive overclock in the world, but it’s still significant enough to benchmark with: 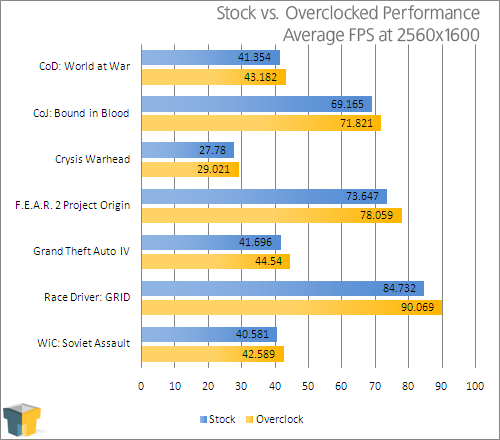 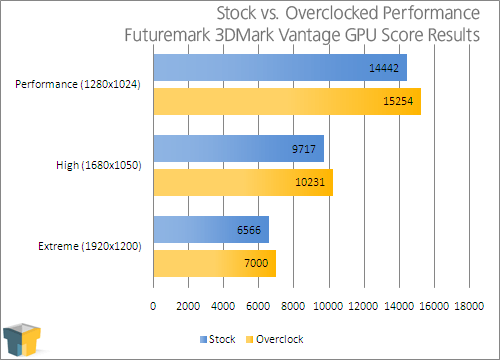 The real-world gains seen when overclocking a GPU tends to be rather slim, and this one above is no different. There are gains, and the boost required minimal effort, so depending on how bad you want to wring every last bit of performance out of the card, the overclock might not be worth it. What might be worth it though, for those willing to play around with the voltages, is to run ASUS’ Smart Doctor tool, which allows you to push the settings far beyond what’s going to be considered stable. 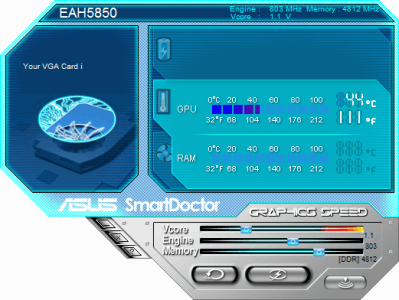 I didn’t expect it so much, but increasing the voltage even a wee bit on this card made a huge difference in overclocking potential. I hate to admit it, but that was so much the case, that I ended up having to stop overclocking it because I was spending so much time on it. So what I hit, I don’t even believe is the “max”, because after spending about eight hours on overclocking (I did other things at the same time, of course), I just had to stop.