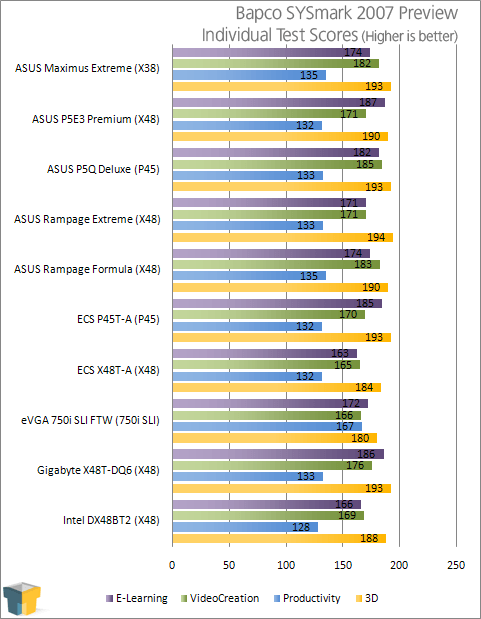 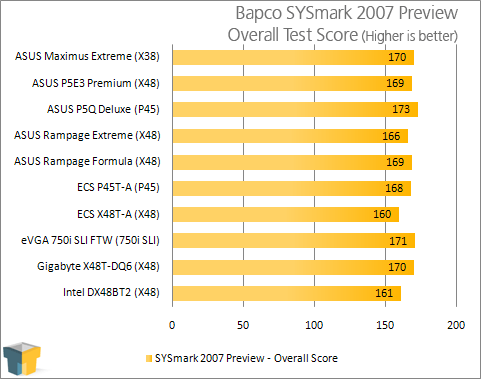 Our Rampage Extreme might be the most expensive board of the bunch, but it didn’t prove itself with our SYSmark results, scoring a bit less than the majority.