As I mentioned on the front page of this article, ASUS has long been known as a company to create motherboards that cater to the overclocker, and their BIOS’ have proved it. Not only do they allow extremely high voltages to be accessed, but they offer far more tweaking-related options than most people care to see. That’s a good thing, though, as it essentially caters to everyone.

The BIOS on the Rampage II Extreme is no different. The first time I booted up, there were a few instances where I laughed out loud, because some of the options are so overclocker-specific, that it’s actually humorous

For example, there’s one option that actually allows you to quickly disable all of the boards peripherals, such as a network port, USB ports, FireWire, etcetera, in order to maximize your overclock. But get this. It actually leaves one LAN port enabled for the sole purpose of allowing you to upload a score if need be. It’s as though overclockers actually had a part to play in the development of this board.

Upon first entering the BIOS, you’ll be greeted with the overclocking section right away, which is something we’ve come to expect with their enthusiast boards. The very first option is interesting, though, as it allows quick access to either a 3.60GHz or 4.00GHz overclock. It will simply adjust the Base Clock and QPI voltage accordingly, but in my tests, neither was stable enough without making further adjustments. 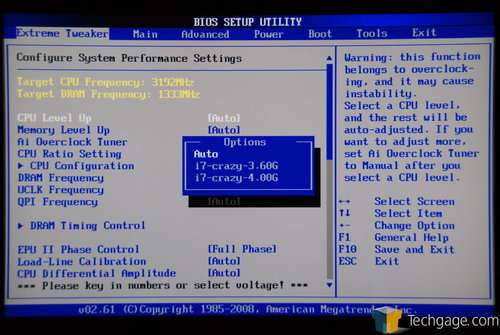 There’s a few interesting additions that become immediately noticeable. At the top of this page, you’ll see the projected CPU and memory speed, once you reboot. If you increase the Base Clock or any other figure that will adjust either the CPU or memory frequencies, this number will increase. This takes out the hassle of digging out a calculator for the more complicated equations. 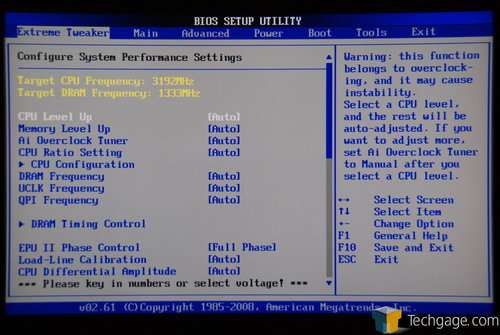 That’s not all, though. Moving down the page we can see instant reports on both the voltages and temperatures, to let you know where things stand with the settings used at the last reboot. This gives you an extremely easy way to make sure that the voltage you are pushing through is accurate, and also let’s you know whether or not the CPU has a high idle temperature or not. 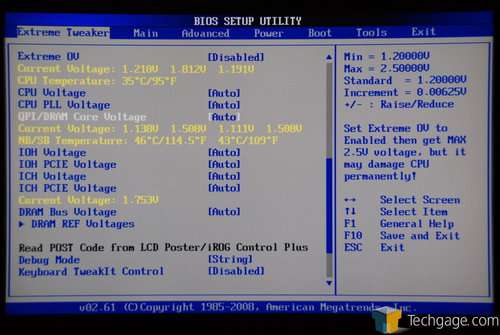 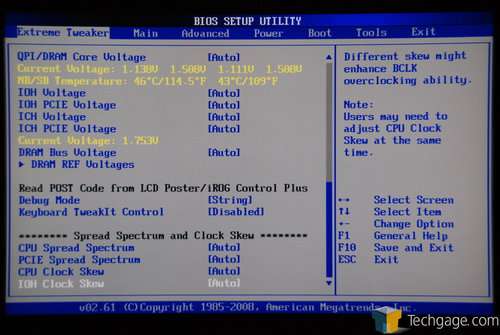 Overall, those features alone make overclocking a lot more fun, because it saves the need to have to check out the PC health page, which is tedious if you have to refer there often. So, how about some voltage-ranges?

As usual, I’ll let the remaining shots speak for themselves. 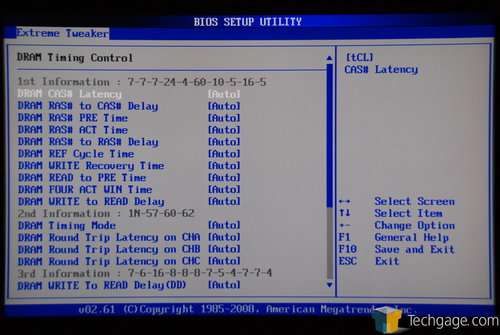 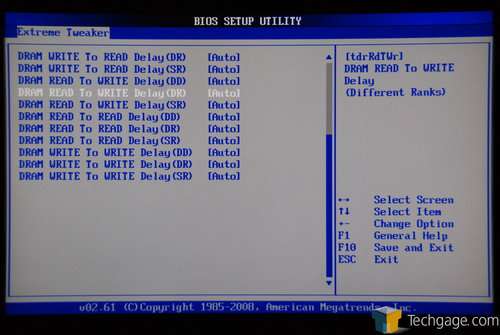 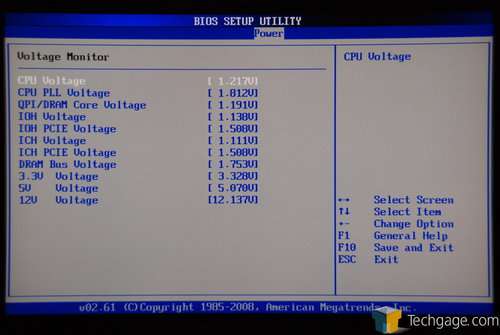 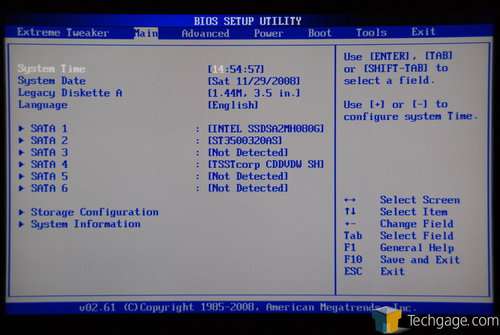 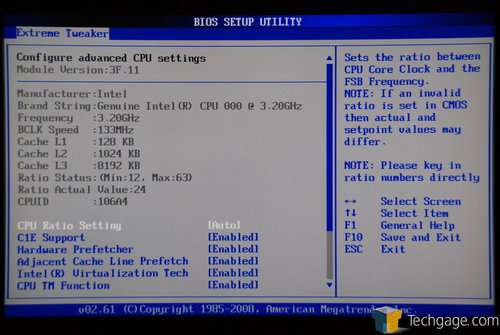 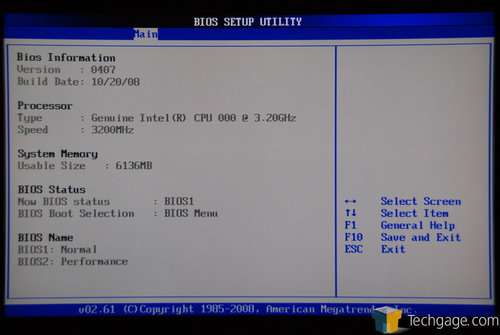 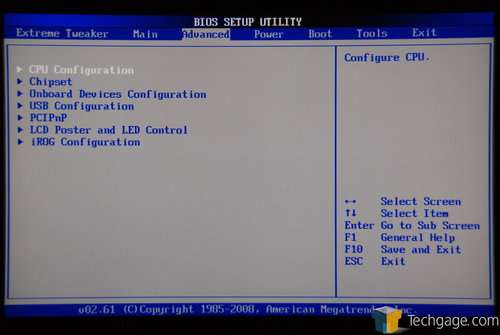 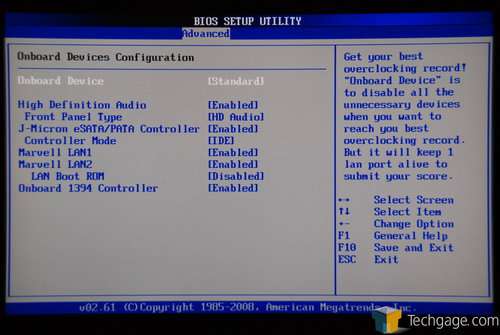 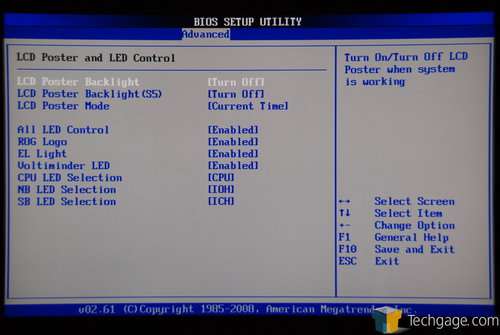 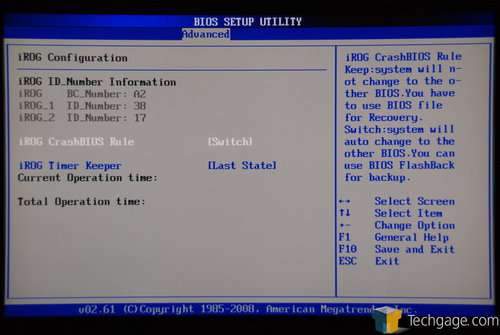 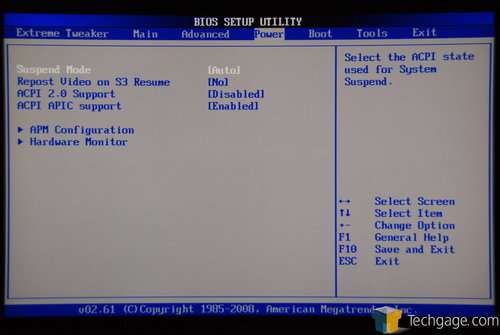 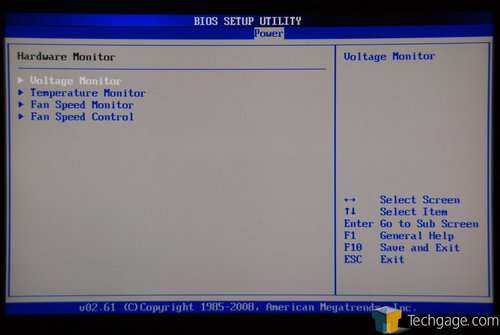 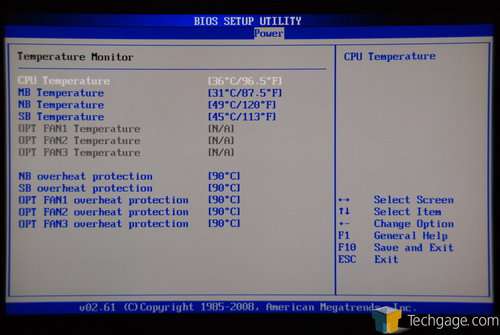 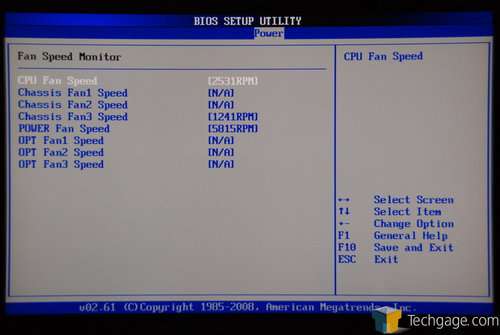 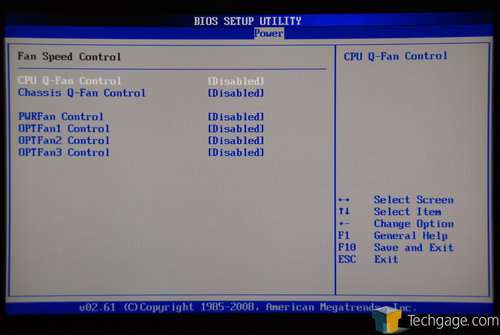 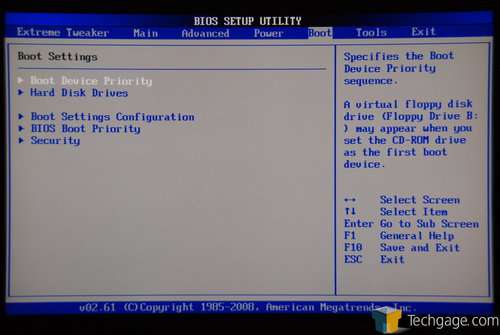 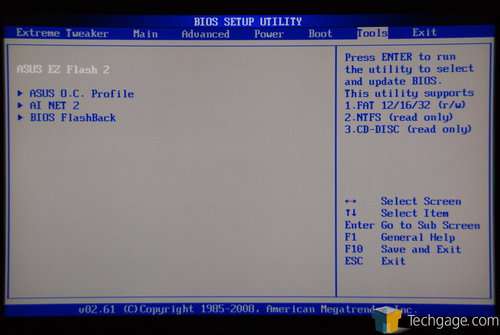 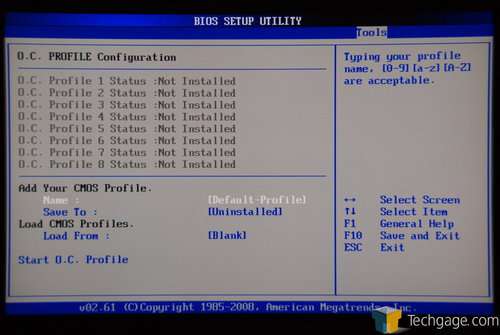 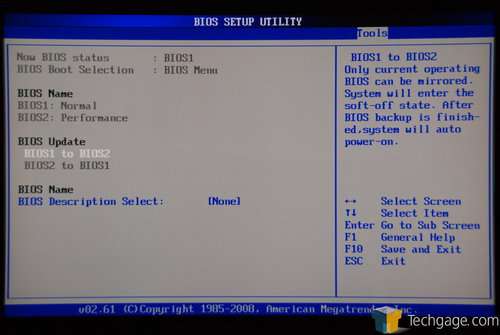 Exhausted? Don’t worry, the review speeds up from here on out! Next up is our testing methodology, and then we’ll jump straight into testing.