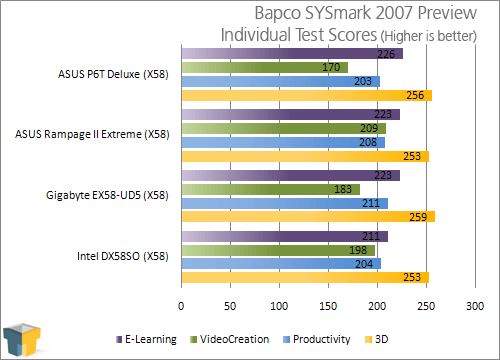 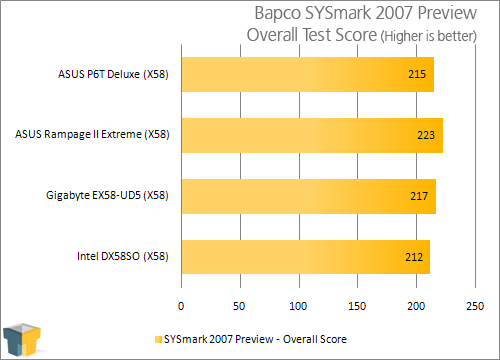 The results here so far are great, although I think the benchmark was a little generous to the Rampage II Extreme for some reason. This is one benchmark that fluctuates more than we’d like (given the workloads, it’s understandable), so overall, the main interest we have is to see if one board underperforms compared to the rest. That’s definitely not the case here.