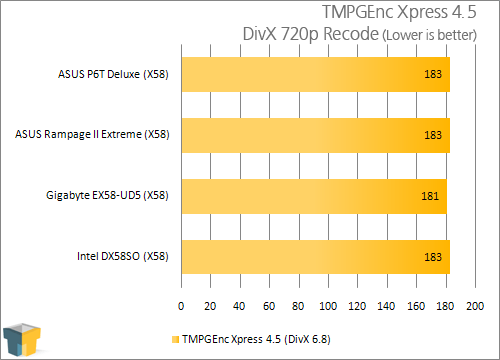 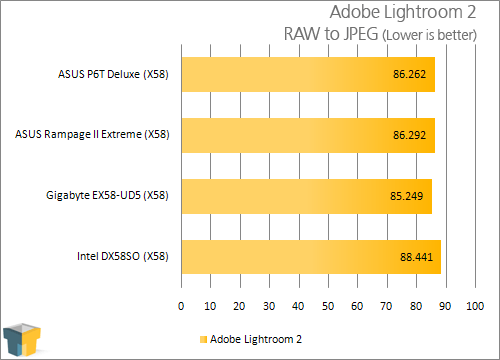 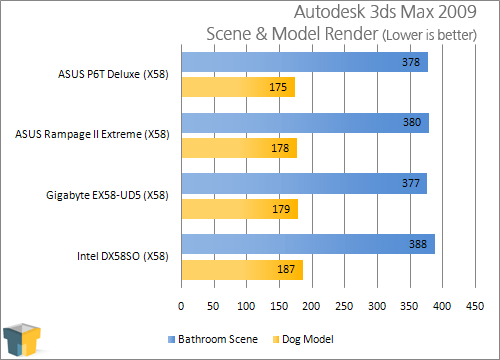 The differences as usual are exceptionally minor… a good thing. Ironically, the P6T Deluxe performed better overall than the RIIE, but like most benchmarks, running them a hundred times over still wouldn’t result in an absolutely definitive result.