There’s an exciting event happening in Dallas that comes in the form of a LAN party. Not any usual LAN though, as it’s sponsored by some of the biggest companies in the business, including the event leader, ASUS. While the Dallas heat sure isn’t fun to deal with, the event more than makes up for it so far.

Over the past few weeks, there has been lots of rumors and news of a PC equivalent to the popular Wiimote. Well luckily ASUS had these things on display, and unlike the showing at Computex, we could actually use them. 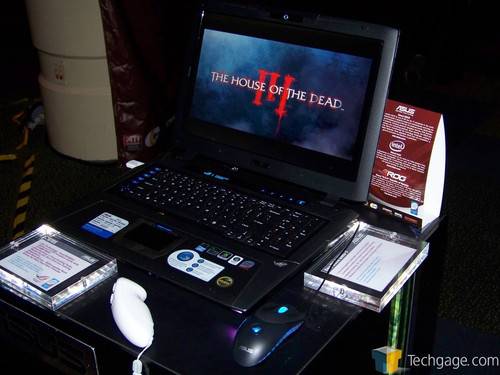 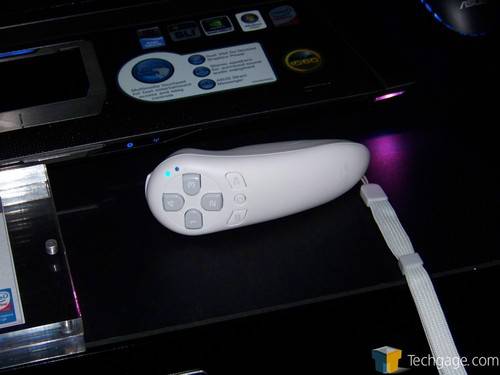 In my hand, the Eee Stick (original isn’t it?) feels much like my Wiimote but subtle differences are evident. The Eee stick feels a bit thicker than its Nintendo counterpart, but the overall experience is quite similar. 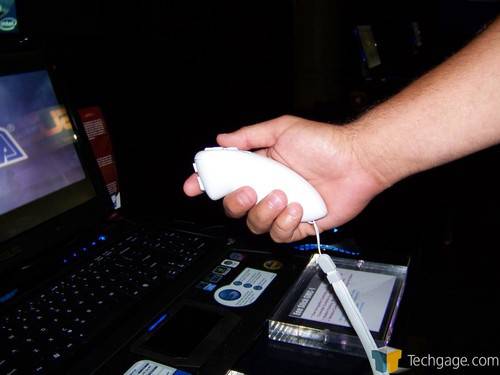 Fortunately for everyone involved, ASUS has been able to take the experience of the Wiimote and paste it into the Eee stick. This included the need to check ones dignity at the door as demonstrated in the following picture. 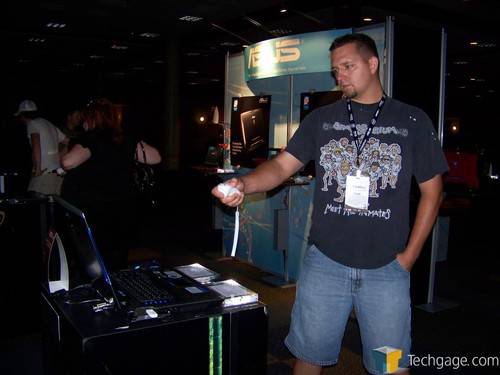 Another product shown off at RoG Con is the Eee Box nettop PC. Just launched a few days ago, the small (and I mean SMALL) Intel Atom-powered box is smaller than even the Wii and just as stylish. In talking with ASUS, the power-draw of these machines are as small as the box itself, usually using less power than the monitor attached… phenomenal. 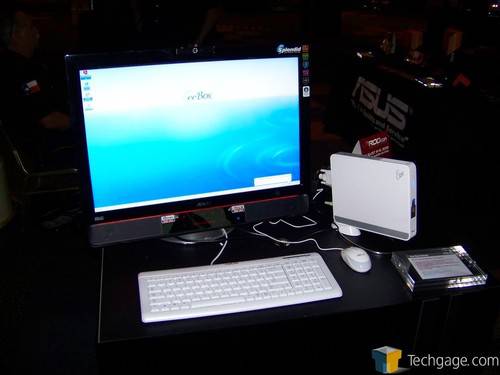 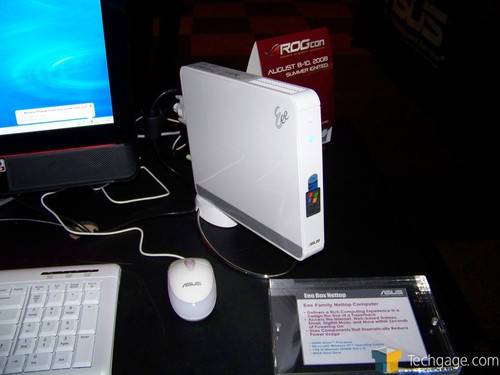 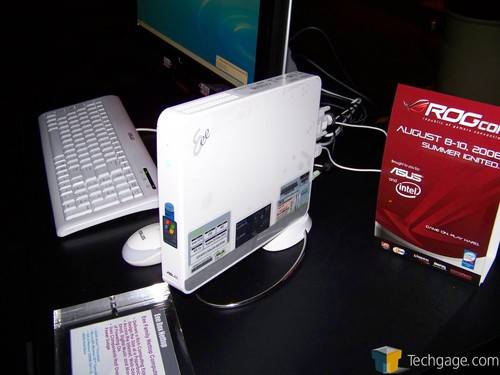 One of the best surprises so far has been that our forum favorite Tech-Daddy has shown up for the LAN as well. As great as it was to finally meet the modder extraordinaire, it was almost just as great to see his latest project “Deuce” up close and personal.

Though still a work in progress, Deuce is almost complete and far along enough in development that he could bring it out to show it off. Craig, T-D’s real name, is a mountain of a man, standing well above my 6’3″ frame, and his modding skills have landed him on the cover of multiple magazines across the globe. Here we see him playing Supreme Commander. 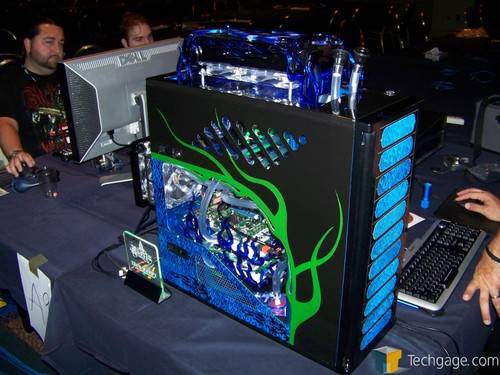 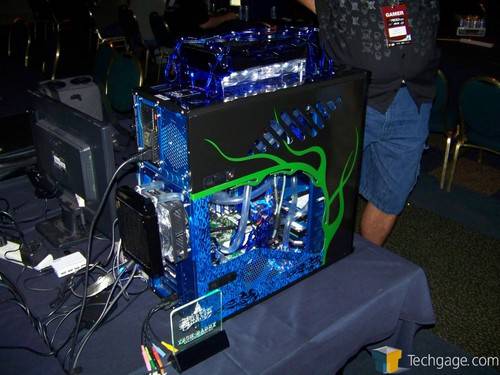 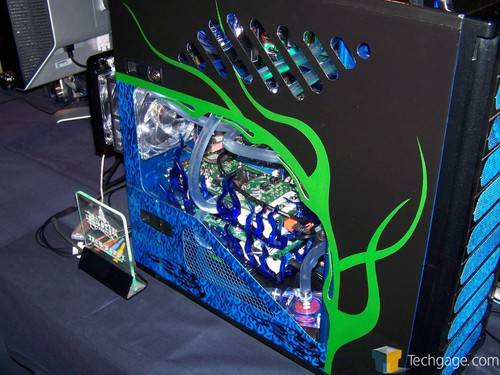 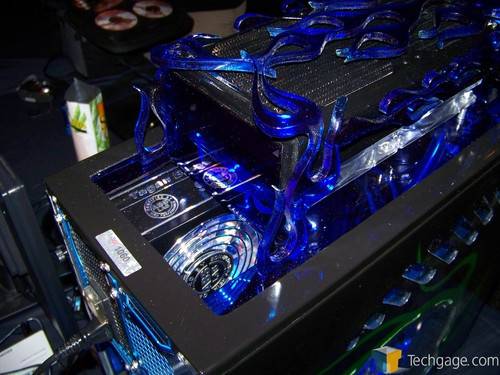 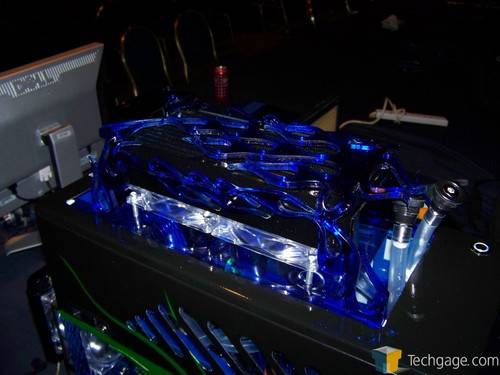 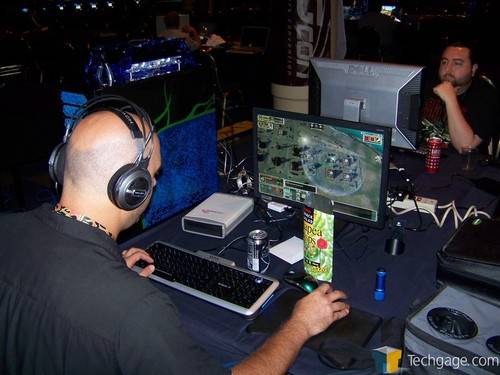 Another mod seen around the LAN is the now-famous ‘Grill PC’. First seen by me at QuakeCON via Gizmodo, I was excited to see the mod here at RoG Con. Snapping a few pics and briefly speaking with the creator, it’s a mod that only seems to make sense considering the functionality of the grill lid is exactly like that of a notebook. Next to the Grill PC was a PC in a cooler. Not as cool (pun intended) as the Grill PC, the cooler mod did offer a contrasting feel when placed next to its HOT counterpart. 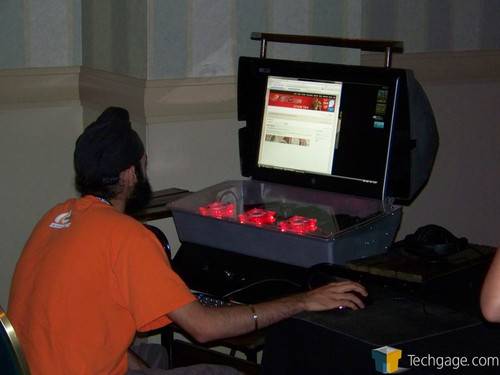 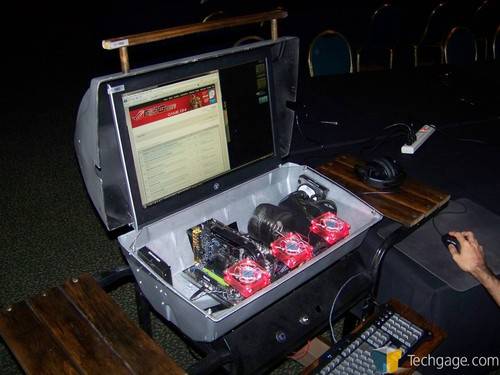 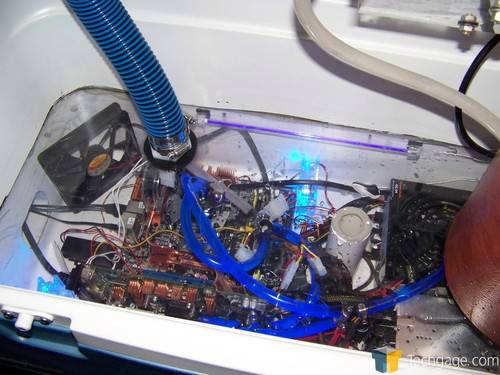 That’s it from me for now, but I look forward to the remaining portion of the conference and all that it could potentially bring. Check back soon as I’ll have the follow-up posted soon. I’m off to ‘enjoy’ this tragically hot weather that Dallas has given me…