When we think about computer cases, the companies that come to mind usually donâ€™t include Asus. While Asus is known the world over as a top manufacturer of first class motherboards, a quick look at their web site shows their just how diverse they really are. Not only do they pump out boards for OEMs and DIYers alike, they also manufacture routers, switches, phones, notebooks and cases.

We have enjoyed a strong relationship with Asus over the years, taking looks at motherboards, notebooks, video cards and routers, and today we are working with their latest chassis offering to gamers, the Vento 7700. The original Vento received a lot of positive attention for its flip up front door and its unique design.

Asus looks to take what they learned with the first Vento and build off of it. Does the 7700 deserve to stand side by side with their other first class products? By taking a look at the build quality, features and the ease of installation and use, we look to get a good idea of whether or not Vento 7700 is worth your money or if you should look elsewhere.

As with all Asus products, a lot of effort is spent on the outward appearance of the package. Keeping this attention to detail, the box that the Vento comes in is well done and full of information and pictures of the case. 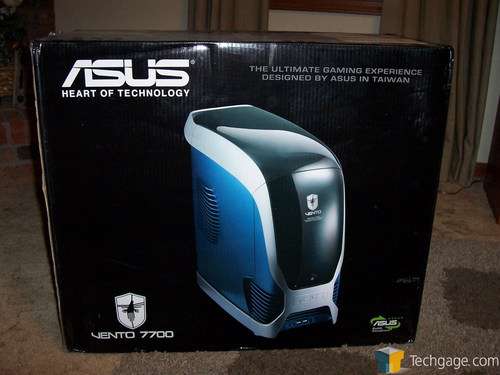 Moving around to the back of the box, a group of pictures show the many appealing features of the Vento 7700. Most notably, the “magic mask” is carried over from the original Vento but more on this later. 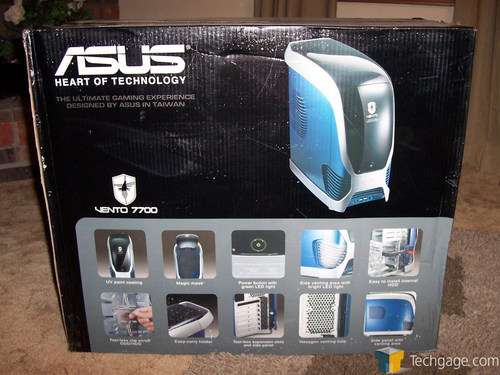 When opened, we see that Asus surrounds the Vento in s thick Styrofoam shell to protect the case from damage that could occur in shipping. 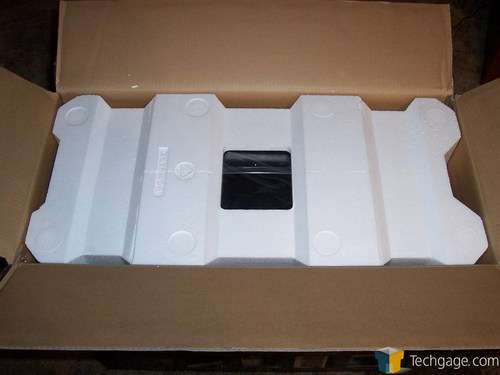 Enough of the box. Let’s take a look at what’s inside.