It’s been quite a while since we have last taken a look at an ASUS monitor, much less one that we’ve been ultimately impressed by, so when we received their latest model, the VW266H, we couldn’t wait to tear it out of the box to see if things have improved with their line-up. Read on as we find out whether this TN-based monitor is a winner.

ASUS has a reputation for making quality products, but truth be told, we haven’t had the best experience with their displays. It’s not because they were necessarily impaired, they followed the trends of the industry and incorporated the same technology their rivals did. But they failed to offer something different, and the sub par image quality led their products to be tagged as mediocre, which was something I hoped they could improve.

In fact, after my VW222 review was published, an ASUS representative contacted me inquiring what changes they could make to better their product line. That illustrated dedication, and I looked forward to reviewing one of their newer models to see how it performed.

The VW266H is ASUS’ largest display, at 26 inches (or without rounding-up, it’s 25.5″). The monitor comes in two flavors, and this particular variant forgoes the inclusion of a web cam. Like most displays in its size range (under 30 inches), it uses a 1920×1200 resolution, what many manufacturers are starting to call “FullHD” (anything over 1080 lines of vertical resolution) in order to provide simpler terminology for consumers.

Aesthetically speaking, the display is nearly identical to the company’s other models. There is a silver accent that stretches along the bottom over the black plastic housing, which serves to camouflage the controls. The only other visible features are the ASUS logo on the front and back, the HDMI insignia on the bottom-left of the bezel, and the model number on the top-right. 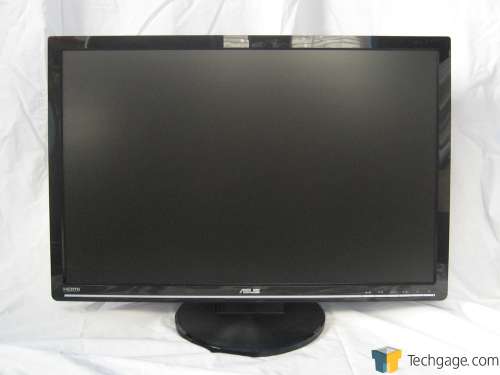 The stand is the same included with the ASUS monitor’s we’ve seen before. The snap on circular base offers little in the way of functionality; tilting is the only feature ASUS allows. Unfortunately, the display cannot be heightened, pivoted or rotated. We would have liked to see a higher quality mount, or at least one made out of sturdier material, but it’s a small complaint overall, considering VESA mounts are supported.

There is a wire management system by way of the plastic clip on the monitor’s neck that helps keep wires collected and out of sight, which is always a welcomed addition. 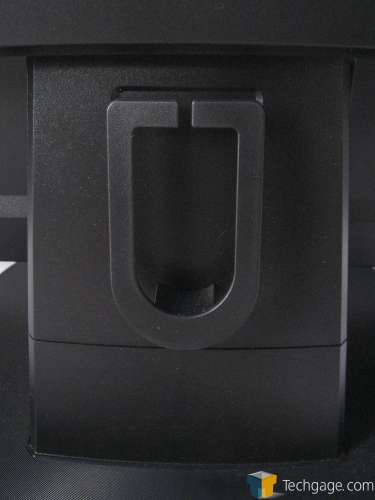 Thankfully, ASUS decided not to skimp out on the number of inputs. DVI and VGA are included, but the VW266H also makes way for HDMI and component support. The (surprisingly good) speakers are located near the bottom of the display to transmit audio from any HDMI and RCA cables that are connected, but anyone without the need for the built-in audio can simply disable it from the display’s OSD. 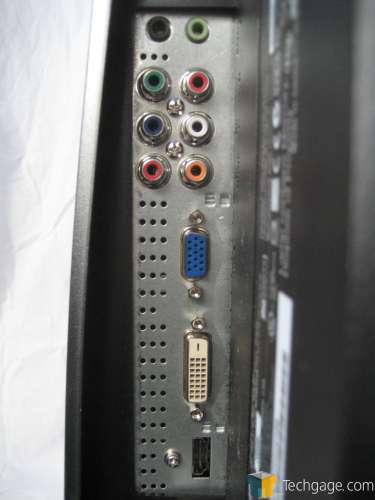 The monitor’s pixel pitch is higher than most displays that share the 1920×1200 resolution, which may be a blessing or a curse, depending on the quality of one’s eyesight. I personally prefer monitors with higher density screens that provide sharper image quality, but some people do not notice or care for the difference.

The panel the display uses is in fact a TN panel, which offers reduced viewing angles in exchange for higher response rates (rated grey-to-grey in the table above). Because TN panels are better suited for fast motion, activities such as playing games would benefit, eliminating ghosting, but other panel technologies have matured to a point where the advantage is negligible.

The controls on the front of the VW266H include: Spendid/Exit (which select preset color profiles), Volume/Down, Menu, Brightness/Up and the power button. The OSD is the standard system seen on other ASUS monitors, identical to our previously reviewed VW222. 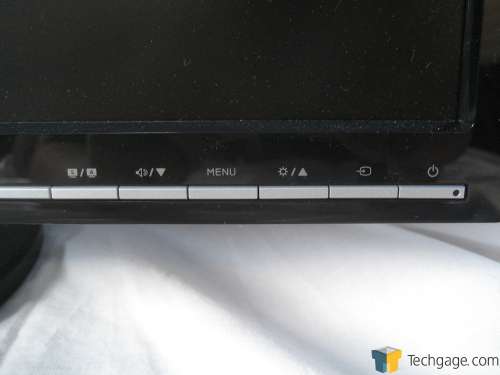 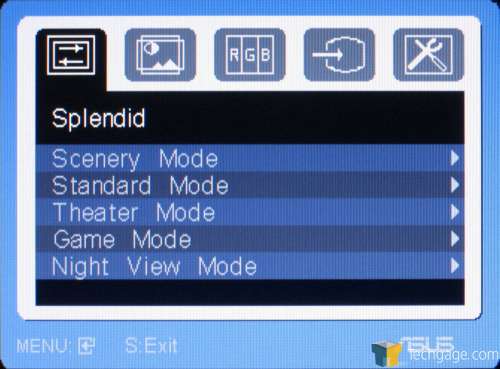 In the next section, we’ll review how the display preformed in standard desktop, cinematic, and gaming use, including our experiences with other input sources.