It’s been quite a while since we have last taken a look at an ASUS monitor, much less one that we’ve been ultimately impressed by, so when we received their latest model, the VW266H, we couldn’t wait to tear it out of the box to see if things have improved with their line-up. Read on as we find out whether this TN-based monitor is a winner.

We’ve chosen DisplayMate for Windows, well known for its industry-standard testing capabilities and calibration options, to do the bulk of our benchmarking for our display reviews, because it offers an enormous amount of tools and testing patterns to help insure accurate results, no matter the type or quality of the display.

We also used tests from tft.vanity.dk because their tests can be effectively used across different platforms, and offer their tools free for anyone to use. We encourage readers to take the time, if interested, to see how their display performs using these tests.

Our benchmarks will test the following categories:

In the future, we will incorporate calibration tools to measure Delta E values (the difference between requested color values from the computer and the values represented on the display) as a hallmark for our accuracy benchmarks. In the meantime, we will continue to use “by eye” tests to compare displays, as we still feel this method to be accurate enough to justify a consumer-made decision.

The VW266H we tested had no issues with build quality. No dead or stuck pixels were found, and the unit was well put together, with no creaks in the plastic housing. ASUS provides a three-year warranty and a “free pickup service,” which is always worth considering when making a purchase.

Some calibration was needed out of the box, but tweaking the brightness and contrast settings eventually left me with a decent looking image comparable to other TN panels. I have never cared for ASUS’ color presets, so I did not use them after I cycled through the choices for the first time. However, if you choose to use them, the display provides quick access to switch them on-the-fly, so it isn’t necessary to go through menus to get to a particular setting.

The contrast ratio was not impressive, to say the least. TN panels are 6-bit, meaning they can only display 262,144 colors. When I used the testing patterns, I found it impossible to discern between 0% and 3% white (essentially black versus a very dark grey), and 100% versus 93% white. Some banding is also visible when a gradient is displayed,

Backlight bleed was virtually nonexistent, much to the display’s credit. There is a small discrepancy in the uniformity near the top and bottom of the screen, but it is well inline with the other top performers I have come across. This aspect of the monitor is in the same category as individual defects, so other users may not be as lucky.

I’ve harped time and time again about TN panels and their poor viewing angles, but to my surprise, I did not find the VW266H to be as annoying as some of the other monitors I’ve used. I honestly do not know what, if anything, ASUS did to the monitor, but I find it actually.. bearable. The image quality still goes south, as you would expect, when the viewing angles changes (especially vertically), but the effect isn’t as pronounced as the VW222, for example. With that said, other reviews online have still complained about the issue, so I could be breathing in swamp gas for all I know.

The response time is very fast, leaving no ghosting during regular use and formal testing. There was very little trailing evident, so the monitor is recommended for gamers. Although I was not able to test for input lag in this particular review, I never noticed any.

ASUS is a company that isn’t necessarily well known for their monitors. I would say they tend to follow the pack, which is why their display offerings aren’t traditionally at the forefront of the business’ image. This puts reviewers in an awkward position, because we are forced to compare many respects, such as color representation and image quality, to already set standards. But just because it may not be the best does not mean the product is necessarily bad. 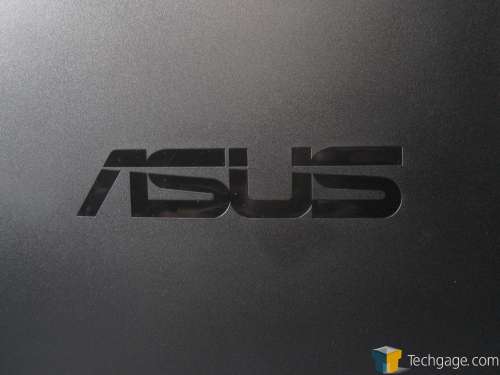 Many features, such as the inputs and S/PDIF output, are included, and I feel little was left out. ASUS could have went the extra mile and offered a USB hub on one or both of the monitors in the 26 inch range, or a higher quality stand with more features, but I’m not entirely convinced they are features most budget conscious consumers believe they have to have.

The image quality is really only adequate, which means professionals should obviously look elsewhere, but the display does well with fast motion. Being able to have a huge display along with the ability to turn graphics settings up makes the display a great choice for gamers.

My biggest complaint was the quality of video on the display. The grain effect hampers the experience with high definition video that would otherwise look amazing. If you’re a video buff, the grain and the lack of contrast makes the display one to avoid, but if you only watch DVDs and video on the web, its faults can easily be ignored.

The cons notwithstanding, the monitor’s best attribute is its price. The VW266H can be found online for around $340, making it an excellent deal if you have enough space. Compared to other budget displays, this is certainly one to consider.