For those interested in specifics, the complete system specifications can be seen in the table below. I covered most of this on the first page, so there’s little point in repeating myself to a great extent. As a quick reminder though, this notebook is one of the few out there to include a Quad-Core, especially this particular model (it’s rather new). For gamers, the HD 4870 X2 is here, and that again isn’t seen on many notebooks. It’s a real treat to see it here. It also offers 6GB of RAM, which is sure to be appreciated by enthusiasts.

I said earlier that there was little lacking here, and even after taking a look at the grouped components above, I still can’t find a real fault. There are four USB ports available, which should be more than enough for most people, in addition to a FireWire for those who require it, in addition to VGA and HDMI for the video. Of course, the commonplace memory card reader and ExpressCard slot can also be found here.

To say that the W90 is a large notebook is an understatement, and honestly, these pictures don’t do it justice. When ASUS said they were sending the notebook, they warned that it was large, but when the time came to hire a crane to take it out of the packaging, I realized they weren’t kidding. The notebook is 11 pounds, which is quite heavy… something you really don’t want to lug around all day. If you are looking to purchase one, keep in mind that it will actually take some effort to transport.

Taking a look at the chassis below, you can see just how thick it is, and it’s pretty much just as thick all-around. Because of this, this is easily the most sturdy notebook I’ve ever touched. Dropping it would no doubt shift some components, but other than that, it’s built like a rock, and I’m not saying that lightly. 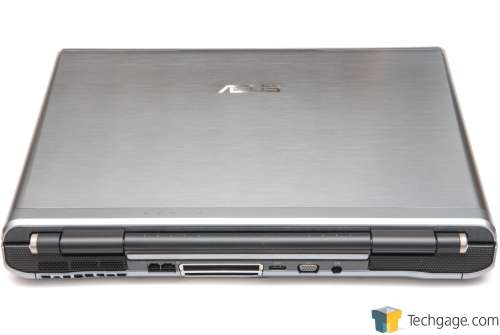 Like most current ASUS notebooks, the touchpad area features a thumbprint reader for those who’d like a little bit of added security. The buttons aren’t the best I used, and I found them to require a little more effort to push than I’d like, but on a notebook like this it’s rare when you’ll not be using a desktop mouse. Even if you do find yourself without one, this will suffice, but it’s not ideal (especially given the high resolution… your hand will get tired quick). 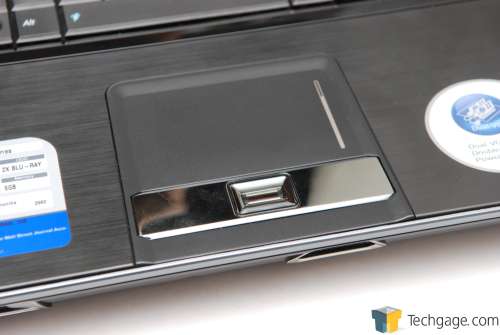 On such a huge notebook, you wouldn’t expect to not see a numpad, and the W90 doesn’t disappoint here. An interesting design move is that rather than have a double-sized 0 numpad key, they spread the right arrow to integrate into it, which does make sense in the end. 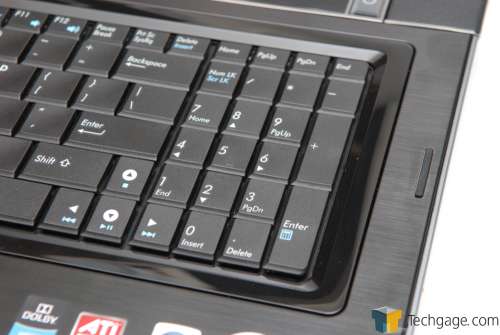 On the opposite end of the keyboard, a few media-related keys can be found. This is all touch-sensitive, so you can raise or decrease the volume with ease, fast-forward, pause, et cetera. The button on the top-left loads the ASUS TouchMedia’s music section, while the right brings up the video.

Overall, the keyboard area is well-designed and easy to use. On a notebook this large, the keyboard keys are almost on par with a desktop keyboard, but of course flatter. It’s large enough that you won’t suffer from many typos though, like is common on much smaller notebooks (especially netbooks!). 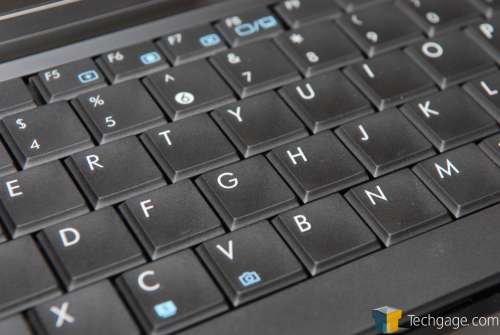 Running along the top are more media keys, including the mute. Also here are touch buttons for the touchpad enable/disable, Splendid color modes, a zoom feature, webcam access and also the performance mode changer. Also, on the left and right side, are two power buttons. The one on the left boots up in Splashtop mode (an odd choice to include on this notebook, in my opinion), while the right one boots normally. 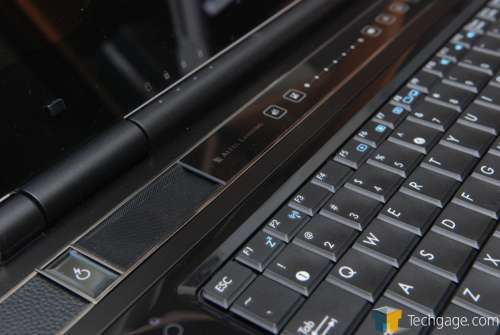 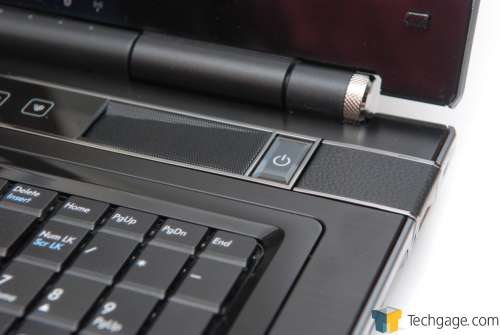 The left side of the notebook is rather barren, with a single USB port alongside the Kensington security lock (something I’d actually consider with a notebook this expensive). 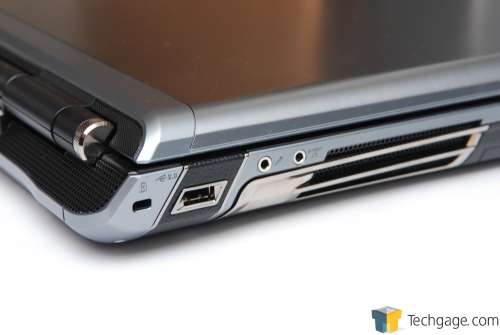 On the back is where the some important connectivity options can be found, such as the VGA, HDMI, network connectors and also the power connector. 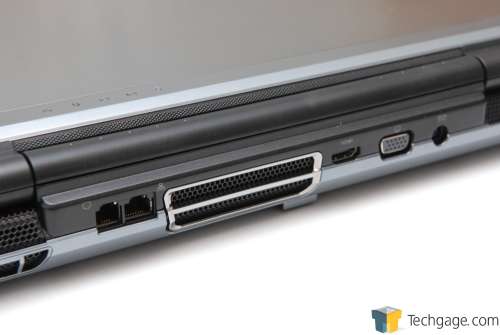 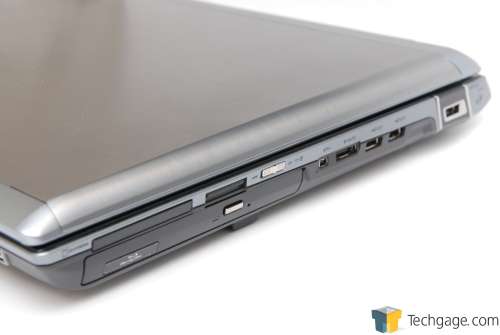 I didn’t grab a shot of the monitor, but it’s rather unimportant as the quality is hard to capture in a photograph. While not the best display I’ve used, it is one of the better ones I’ve used on a notebook. Text is crisp, colors are smooth and the screen is bright… all great features. The brightness does shift a little as you move back and forth, but it’s not too noticeable while gaming, only while taking care of desktop work. It doesn’t shift to such a degree that it’s a real problem, however.

I’ve already said that this thing is as stable as a rock, but I can’t stress it enough. This is meant to be toted around, so banging it into something isn’t going to do much more than scuff it up. When not in use, it could also double as a unique weight for working out, or for use as a weapon.