As I mentioned in the intro, I was asked for a quick turn-around on this notebook, and it was for a good reason. As it stands today, the W90 has already been EOL’ed (end-of-life), meaning, it’s not being produced anymore. It is however still available for sale on a few different e-tailers, but I’ll leave it up to you to search around, as they are constantly changing.

ASUS originally released the W90 as more of a test, to see how it caught on and sold. After having spent some time with it, I’m highly doubtful that this idea is gone, and even recently, another company (name escapes me at the moment) announced a similar-designed notebook, but using a Core i7 processor. There’s an obvious need to have notebooks like this, and I’m glad that they’re getting made.

Clearly, a huge notebook like this isn’t for everyone. It weighs a ton, has a massive build and has horrible battery-life. But when your on the go often, and refuse to use a lesser notebook or a hotel computer, this is truly the next-best thing to bringing your desktop PC with you. It’s incredibly powerful, offers insane gaming ability, on top of other great features such as Blu-ray. 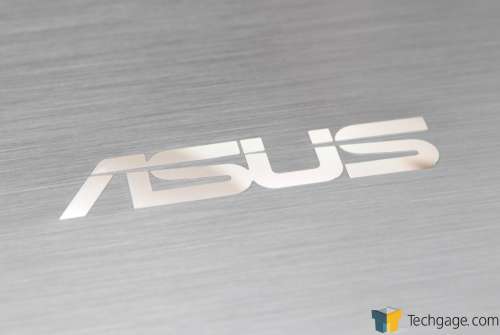 There are various configurations of this notebook, so I can’t really comment on them all. This one in particular currently sells for around $2,400, and to me, that’s not too bad. I’ve taken a look at notebooks in this price-range before that didn’t offer near as much performance, and when you think of it, this notebook can do it all. It’s a steep price, but you definitely get what you pay for.

I’m hoping this isn’t the last of such notebooks from ASUS. Launching a product like this in the midst of a rough economy was definitely a risky proposition, but as far as I’m aware, they’ve still been selling well, and we could expect the remaining units to clear out soon. I wanted to take a look at this notebook from more of a tech perspective, given it’s EOL status, but seeing as others are going down the similar paths with their own notebook line-ups, I’d love to get in more to get a good grasp of what else is out there.

I’ll wrap up my thoughts here, but if you have any more questions that I failed to address here, please feel free to comment in our related thread, and I’ll tackle them as soon as possible!