by Rob Williams on November 8, 2006 in Networking

Routers are often boring, but ASUS proves that doesn’t have to be the case. The WL-500g is a very fast WiFi router that offers USB connectivity and even the ability to download while your computer is turned off!

As I mentioned in my Lamborghini VX1 review earlier this week, ASUS is a company that strives to be unique in more ways than one. They have always been known for their high quality, which is why more often than not, their product is more expensive than the one sitting next to it. Aside from churning out leather bound notebooks or ones modeled after exotic sportcars, they are also busy creating top quality routers.

A router? How interesting can a router possibly be? That’s the exact same question I asked just last week, as I am not really into networking personally. I love taking on some challenges though, and was in desperate need of an upgrade from my previous D-Link WiFi router. The WL-500g fits the bill as a feature packed router, and we will touch on all of it’s key features today.

Before we jump into the pictures, let’s take a quick look at the features that make this a better than average router.

The WL-500g Premium is high powered, suited for b/g connections. If the default performance doesn’t prove good enough for your conditions, you can activate an Afterburner feature, which boosts the data transfer speeds by 35%. This particular router does not support the new n standard, but rather you would need to look at the WL-500W for that instead. We will be taking a look at that router in the coming weeks.

What really sets the WL-500g Premium apart though, is the fact that it doubles as a media sharing station. Simply put, the back of the router offers two USB 2.0 ports, for USB thumb drives, web cams, or external hard drives. There are a lot of possibilities here. What’s even more interesting though, is the fact that you can set the router to download a file, then turn your PC off and let it do it’s thing. I will get into this more shortly.

BroadRange is another technology that’s boasted about here. With it, it claims to have 300% better signal coverage, meaning you really should be able to connect to the router no problem regardless of where you are in your house.

This isn’t a normal router, and the possibilities are many. Though I have not tested out every possible configuration, you can see some recommended ones below. 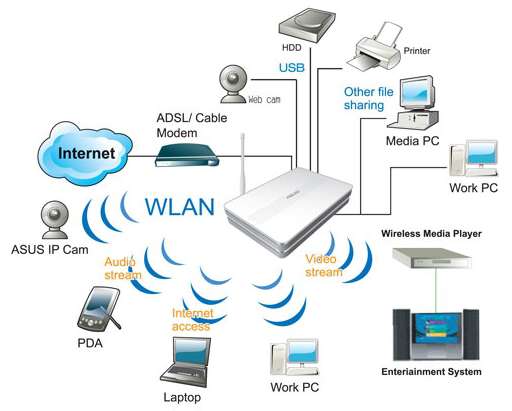 Now that we have covered the basics, let’s see what we are dealing with physically. The router comes in a very modest looking box, just large enough to hold the contents and nothing more. 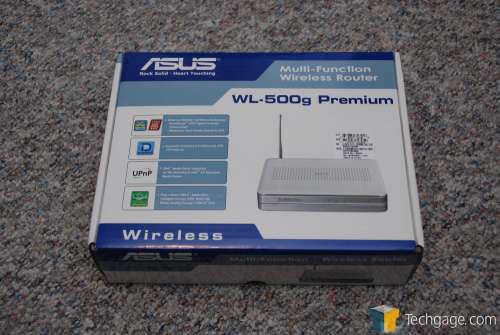 Besides the router itself, included is a DC adapter, lan cable, multi-language manual, the antenna and also the driver CD-Rom. This disc does not simply contain a manual though. It includes the ASUS Lan Utility which you can use to easily configure the router. 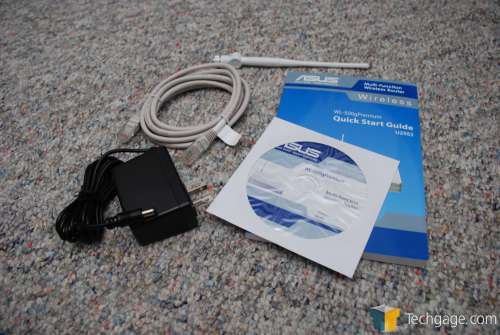 This is by far one of the cleanest looking routers I’ve come across. At first, it looks like something Apple may put out. But, besides the white color, the WL-500g has a good sense of style. The top and bottom are plastered with numerous holes to allow for good heat release, which is useful since routers do tend to get very hot at times. 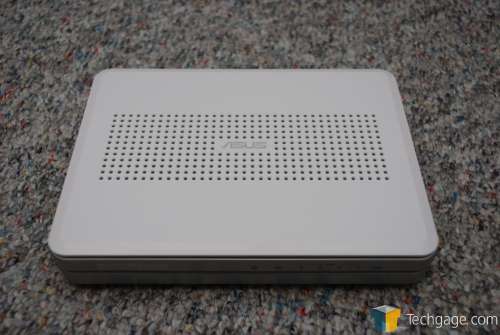 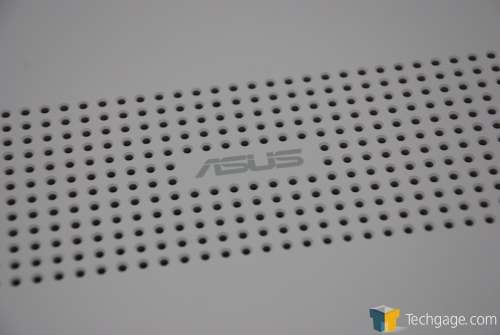 Here is a clean look of the front. Hot! 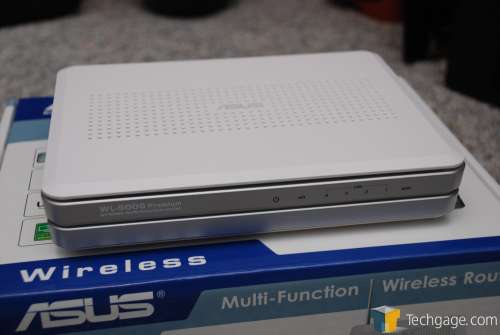 We have the router name, and also the slew of status LEDs gracing the front. 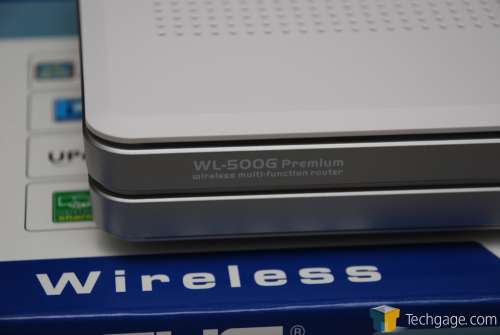 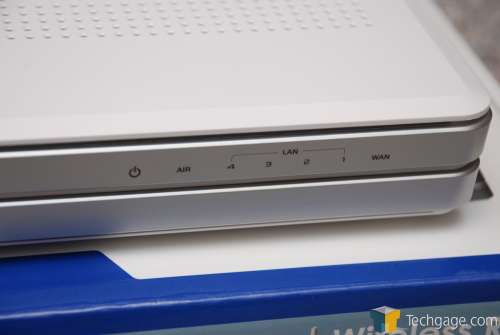 As we can see here, the router includes 4 LAN ports for any computer you want to have using a wired connection. 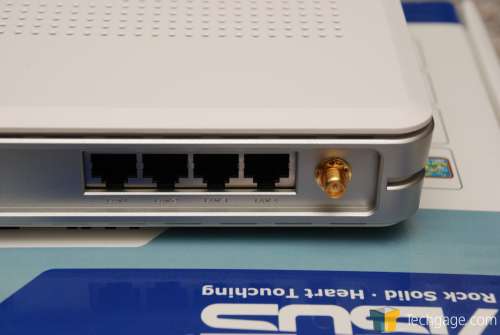 On the other side, there’s a DC power connector port, reset switch, EZ Setup button, WAN port and of course the dual USB 2.0 ports. 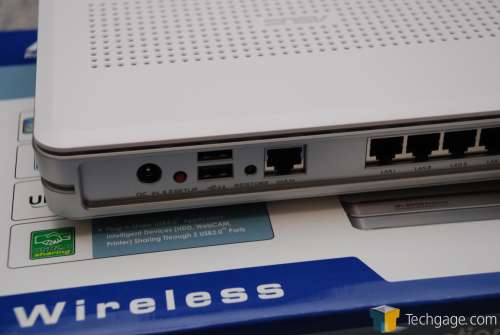 Whew! If only everything was this easy to assemble. 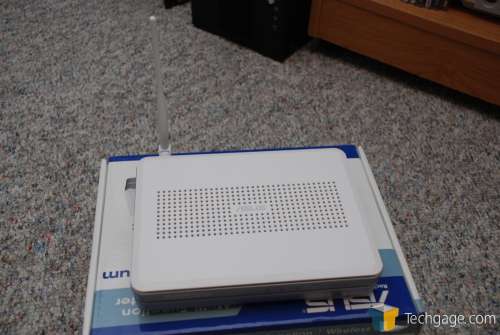