ASUS has long been known as a company to deliver high-quality products. Up to now, I haven’t had a personal bad experience with anything I’ve had from them, so I’ve been quite lucky. It wasn’t until last November that I was even aware that they produced routers though. At that time, I reviewed the WL-500g wireless b/g router that proved to have some superb performance. Coupled with that fact though, it had plenty of extras that helped warrant the $100+ pricetag.

Today we are taking a look at the WL-500g’s bigger brother, the WL-500W. This review will have a lot of copy and pasting from our review of the 500g in November, because both routers are incredibly similar. Everything from the installation, software install, feature set… is identical. As mentioned, the immediate benefit of the 500W is the fact that it can handle a slew of wireless formats, including B, G and the new fangled N.

It includes many extra other features that help it stand out in the crowd. First off, it’s one of the first Draft N routers on the market. What this means to the consumer is a faster, more reliable connection between the router and the computer. Second, this is a router designed for multi-media living, ASUS calls it “Multi-Function” and it really is. If you wanted, you could plug any USB device into it including a printer, thumb drive, hard drive and even a webcam.

Besides direct connectivity, you are able to connect any wireless device through it, whether it be your laptop, PDA, desktop computer or even a wireless capable game console. To lay the facts out, ASUS has this diagram on their website. 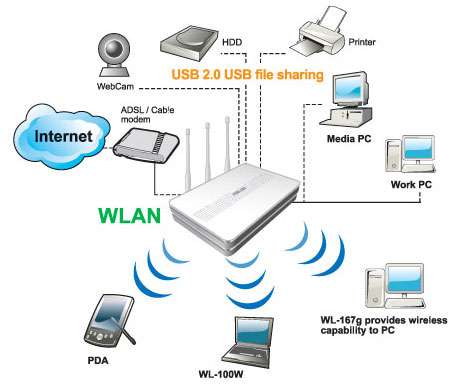 To give consumers an idea of how beneficial draft N routers and NICs are, ASUS also gives this diagram to show the coverage gains. In addition to extra coverage area, N promises to be faster than even a wired connection.

The WL-500w’s packaging is very similar to what we saw with the WL-500g. There is plenty of info plastered around the box. 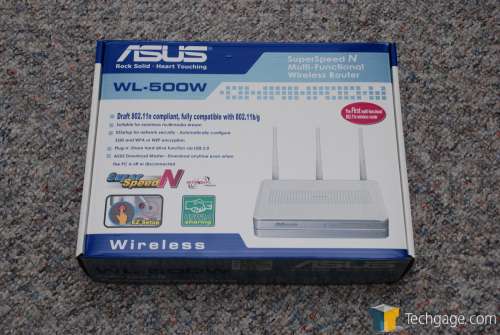 Besides the router itself, there is a manual, CD-Rom, LAN cable and also the power adapter. 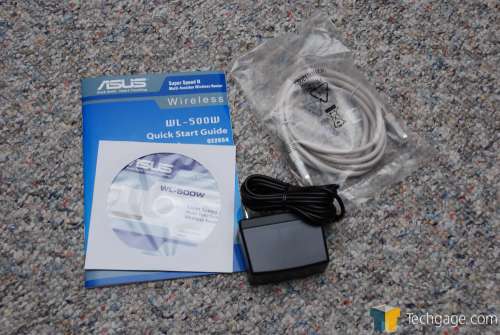 The fad nowadays is to make a product completely white, since it represents a clean and modern look. I admit, it looks great. There are plenty of airholes on the top and bottom for good airflow. 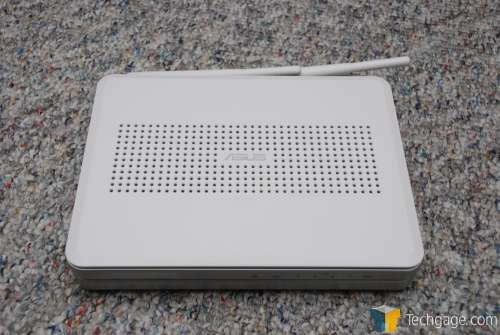 Here it is with all three antennas raised. Why three? Great question. I assume it has to do with better performance and stability. After a quick Google search, I couldn’t find another router with three, so ASUS may start a trend here. 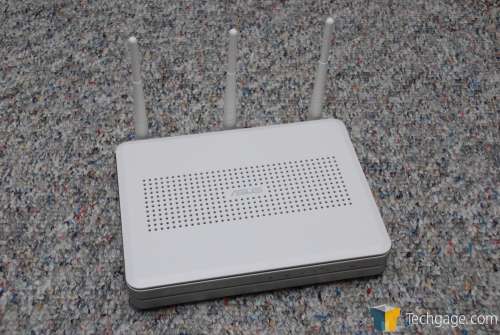 There are a slew of status LEDs on the front which represent the connection status for the LAN and WAN, and of course the power. 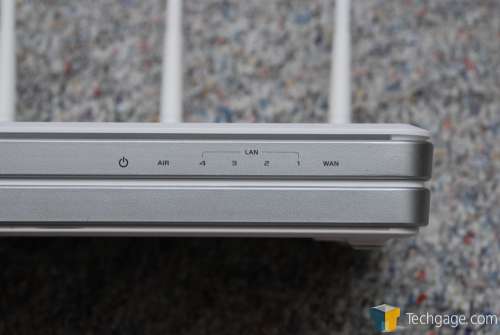 On the opposite end, you can see the model name. 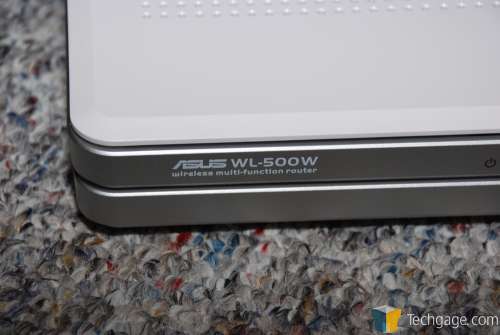 On the back you will find four LAN connectors, one WAN, power adapter and also the “EZ-Setup” button. There are also two USB connectors here. We will get into the use of those shortly. 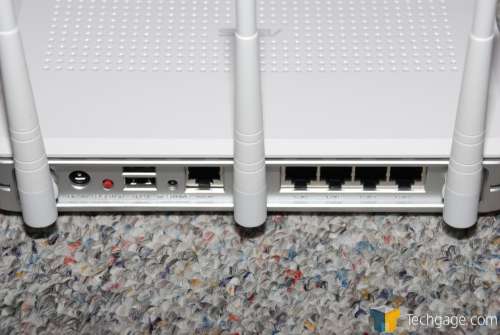 Finally, here is the underside of the router, complete with many airholes as well as wall mounts. 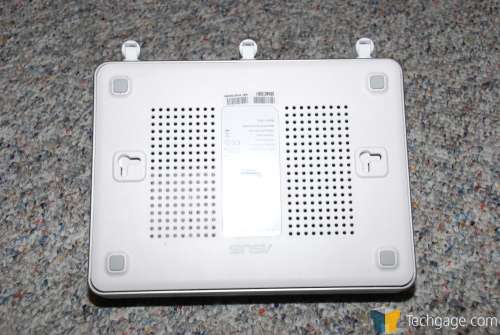 There you have it. I really do have to say I love the look of the WL-500W… its one of the best available on the market as far as I’m concerned. Maybe it’s just refreshing to see a lighter color for a change, after dealing with D-Link gray and Linksys black for years on end.