The retail packaging of the Xonar D2 is distinctly different from the design commonly seen on ASUS’ motherboard cartons. It features a stylish blue-and-white particle flow design, and features the contemporary Xonar logo design. Overall, it’s a very appealing box, which mimics the design of product boxes for software used in studio applications, and creates the impression of a ‘prosumer’ product. 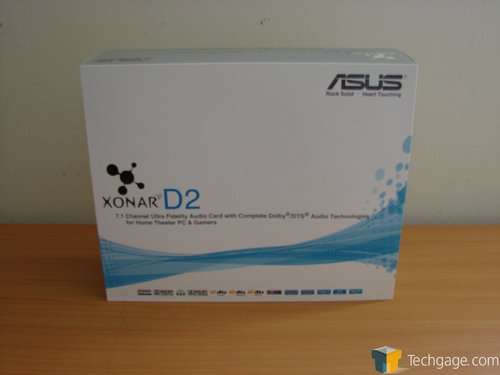 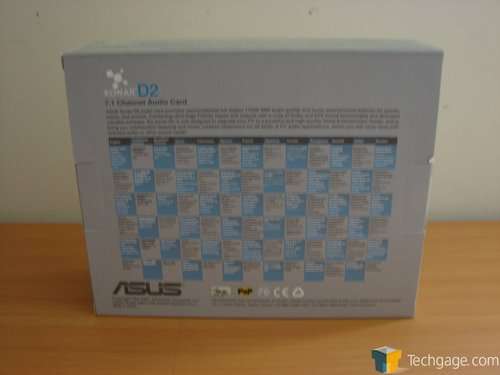 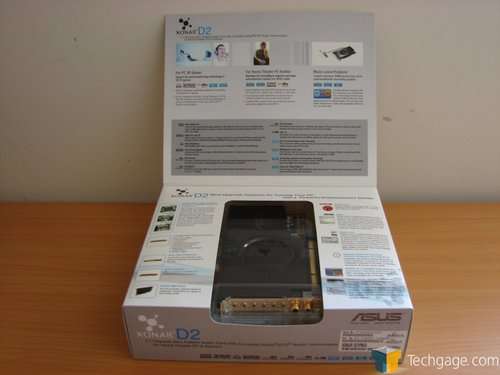 The front of the box features a lift-up flap which reveals the Xonar card itself, which is protected by a PET shell. Also behind the flap is a listing of product features, accessories, and bundled software. When viewed from the bottom, the package allows a potential customer to see the full complement of gold-plated input ports the Xonar D2 offers (Bling, bling). ASUS has outdone itself on this packaging â€“ this is superb product presentation. 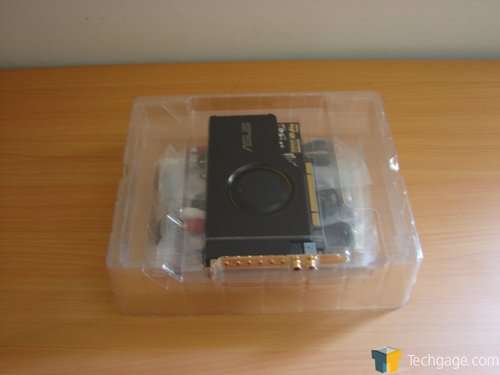 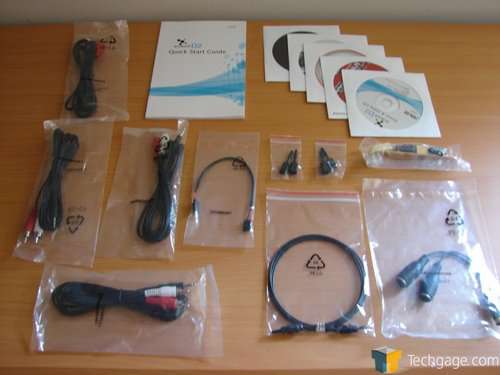 The Xonar D2 product ships in a two-level PET shell, which both cradles the card itself and contains the bundled accessories. The bundle is very impressive â€“ the Xonar package contains everything you need to connect the card to a multichannel A/V receiver for HTPC use. Four 3.5mm stereo miniplug to dual RCA connector cables are included, as well as an optical cable and four Toslink to mini optical converters. Also included is a slot cover with a 6-pin mini-DIN MIDI port, and a dongle which breaks the single MIDI connector out into two 5-pin MIDI connectors. 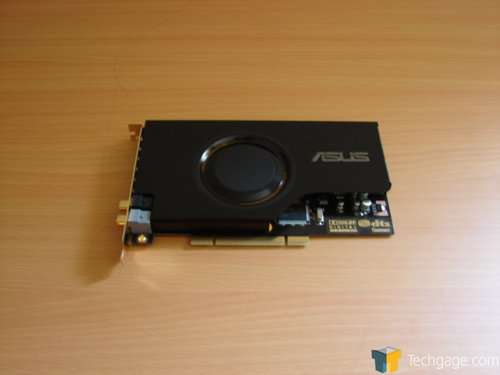 The Xonar D2 card itself features several styling cues that are meant to create the impression of a high-end audio component. The gold-plated connectors, gold-foil decals, and the large black metal shield contribute to that image. The card is also longer than both the Sound Blaster Audigy4 and the Razer Barracuda AC-1, about as long as most midrange video cards.

On the Xonar product box, ASUS provides a comprehensive list of the sound card’s specifications and capabilities, which are impressive to say the least.

Now that we’ve had our first impressions, let’s take a closer look at the componentry of the card itself.