The ASUS Xonar D2 is an impressive part, with eye-catching aesthetics, audiophile-quality components, and a great hardware bundle. However, ASUS didn’t stop there â€“ they’ve also thrown in a fantastic deal-sweetening software bundle, with titles from names like Cakewalk and Ableton. 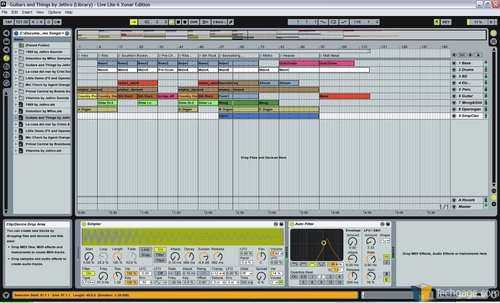 Ableton Live is a music production tool that handles all stages of the production process, from recording to multitrack sequencing and arranging. The Live Lite Xonar edition has some of its features disabled, and can only record 64 simultaneous tracks, but retains most of the functionality necessary to produce high-quality multichannel recordings. Live Lite is also limited to two audio input channels and four audio output channels, as well as only two audio effects per track. While this obviously won’t let you fully kit out a small recording studio, it’s plenty useful for homemade recordings, and gives a taste of what’s possible with modern DAWs. 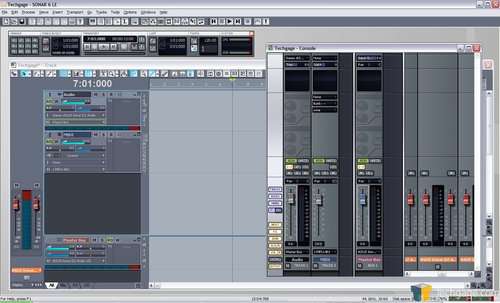 The ASUS Xonar software bundle also includes the Production Plus Pack from Cakewalk, which includes Sonar LE, Dimension LE, and Project5 LE. Sonar LE from Cakewalk is another DAW program which allows you to produce high-quality multitrack recordings. Sonar LE is a limited version of Cakewalk’s Sonar 6 Studio, but provides the familiar Cakewalk Sonar interface. Sonar LE allows simultaneous multitrack recording, MIDI recording, and even virtual instruments. Sonar LE is also compatible with both 32-bit and 64-bit operating systems. From what I’ve seen, it’s likely that you’ll get more use from Sonar LE than you will from the bundled version of Ableton Live Lite.

Cakewalk Dimension LE is a program that creates custom sounds for MIDI instruments. It doesn’t have an ‘application’ per se â€“ rather, it shows up within Ableton Live or Cakewalk Sonar, and allows you to make modifications to its settings. In that respect, its functionality is more similar to a plug-in. Dimension LE lets you tweak every aspect of your instrument’s sound, and even composite up to four different instrument sounds together. 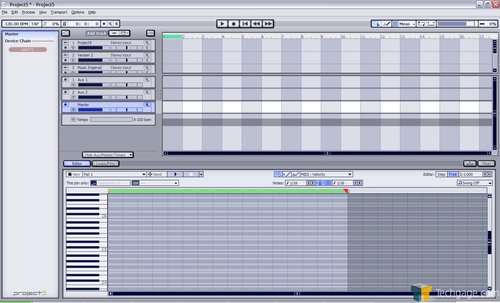 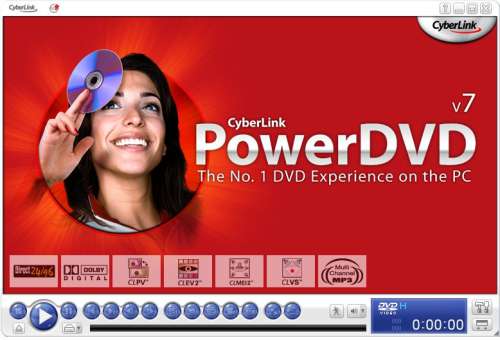 ASUS also bundles Cyberlink’s PowerDVD software with the Xonar card, to provide high-quality DVD playback using the software decoder. This is especially useful if your video card’s drivers don’t include a DVD decoder.

Other bundled items include version 5.6 of Rightmark’s Audio Analyzer software, and a DVD- Video disc from Dolby Labs showcasing their Dolby Headphone and Dolby Virtual Speaker DSP technology. Now that we’ve looked at everything the ASUS Xonar D2 product has to offer, let’s move on to some testing and measurements.