As much as performance benchmarks and test data can tell us about how a sound card performs in relationship to the other products out there, some audio performance characteristics can still only be observed in a good old-fashioned sit-n-listen. After all, what really makes the difference is how the card sounds when it’s doing what it was designed to do – playing sound.

Music, movies, and games all present audio electronics with a complex signal, filled with transient information and complex relationships between pitch, timbre, and loudness. That’s why testing with actual music, movie, and gaming program remains the most important way to evaluate audio components.

In testing the ASUS Xonar DX sound card with music, I used content stored in FLAC format, ripped using Exact Audio Copy and played back via the Foobar2000 media player software. Movie material was served directly from DVD via Windows Media Player. All critical music and movie listening was performed under Windows XP, but game testing was conducted under Windows Vista, to ferret out any compatibility issues. Everything was monitored on my reference headphones, which are the extremely capable, resolving Beyerdynamic DT 770 closed-back circumaural headphones.

For testing the Xonar D2 sound card with a complex musical source, I first cued up R.E.M.’s entire Monster album and settled back into my favorite chair, which happens to be the one that’s at my desk. From the electric guitar opening of "What’s the Frequency, Kenneth?", one major strength of the Xonar DX sound card’s performance was readily apparent – it’s ability to deliver musical nuances and subtleties in a way that I just didn’t feel from the X-Fi XtremeGamer when I auditioned it for the EAX 5.0 vs. DS3D GX 2.0 article in late April.

The solo guitar didn’t just have tone and richness, but shape as well, and it seemed nicely centered between the two headphone earcups. When the entire rock ensemble entered, the Xonar DX also demonstrated its ability to offer plenty of drive as well, and natural-sounding tone throughout the entirety of the track. 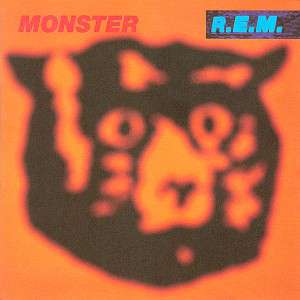 Later in the disc, on the song "Tongue", the reverberant electric piano solo in the intro was enveloping, and the electric organ also possessed its own reverberance, but a distinctly different one from the piano. Centered in it all, the lead electric guitar was rendered with all the fatness and ‘crunch’ that the recording engineer intended, without sounding as though anything else was added. The Xonar DX shares the D2 and D2X’s ability to preserve complex harmonic structures, without adding extra harmonics that embellish the sound in any way.

On the final track, "You", the Xonar DX kept each instrument nicely separated, even though the bass and lead guitar laid almost perfectly on top of one another. Even though the Xonar D2 and D2X are ASUS’ reference-quality cards, the Xonar DX preserves a large amount of the fidelity of the more expensive Xonar cards, and I wouldn’t hesitate to use this card where the cost of the D2 or D2X are prohibitive. 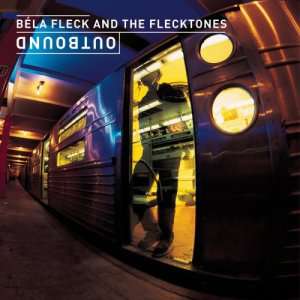 The Xonar DX’s ability to handle subtle details admirably was also apparent while listening to the second album I used in testing, Bela Fleck and the Flecktones’ Outbound. In the introduction to the song "Hoedown", I could hear Jeff Coffin’s fingers on the saxophone keys as he fingered every note.

When the track really got cooking, the Xonar DX’s dynamic range got a chance to shine, and every powerful kick of the kick drum was taut yet forceful, though without quite the impression of punch and bottomless depth that I got when listening to the Xonar D2 with its higher-quality output stage components. During Victor Wooten’s bass solo, every note through the Fender Jazz Bass’ stereo pickups was discernibly different in volume and attack.

To run the ASUS Xonar DX through its paces with a dynamic movie source, I threw in the Mission: Impossible 2 DVD. Since most people will likely want to pair the Xonar DX card with a high-performance home theater system instead of a pair of reference nearfield monitors at their desk, the ability of the Xonar DX to deliver an enthralling performance with movies is just as important.

M:I-2 begins with an exciting plane crash scene, accompanied by music with subterranean synth bass effects. The Xonar DX delivered the bass effects with vibe and depth, and the explosion of the plane into the mountainside was certainly explosive, yet the card’s dynamic range didn’t seem taxed in the slightest.

Throughout the film, I was continually struck by the level of detail I was able to hear in the film’s sound effects, despite the fact that they were often overlaid by a driving musical soundtrack. In the shootout scene set in a futuristic laboratory, the Xonar DX preserved the reverberant soundfield of the space, covered in hard surfaces, as well as the shimmering detail of shattered glass fragments and bullet casings hitting the floor.

When the firing subsided, the card’s vocal reproduction had a chance to shine. Later, when the scene transitioned from a luxury car’s interior to a coastal outdoor scene, the change in background audio effects was immediately noticeable, and nicely detailed. From a part in the Xonar DX’s price category, this is excellent performance.

To test the ASUS Xonar DX card in a game, I switched to the Windows Vista partition of my dual-boot machine, and fired up 2K’s BioShock via Steam. I played through the first level, "Welcome to Rapture", and found that while DS3D GX 2.0 produced realistic-sounding environmental reverb effects, the background ambience sounds could be choppy at times, with random points of noise marring the playback.

This wasn’t a problem I ran into under Prey, so it’s likely an issue of the software drivers requiring more work, but it was disconcerting all the same. I noticed something similar when running DS3D GX 2.0-enabled drivers on my reference Xonar D2 card within BioShock. 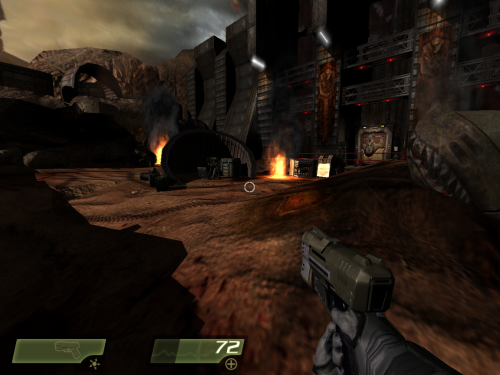 Looking for better results elsewhere, I turned to ID Software’s Quake 4 demo, another EAX 5.0 game. During the intro cinematic, the low-frequency rumble of a carrier vessel passing by was phenomenally deep, and while voices still sounded recorded, they did seem reasonably realistic.

In the game, I found that the reverberant effects weren’t as pronounced as in BioShock, even after verifying that the "EAX AdvancedHD" setting was indeed enabled, but the performance was noise-free, and when I exited the labyrinth of tunnels I’d entered into as part of the first level, it was clear that the acoustic environment had opened up considerably.

My gunshots seemed to echo off distant landscape features, and it was clear that while in the tunnels, the EAX effects were simply too subtle to notice in close quarters, but they were certainly present in wide-open spaces. I wouldn’t attribute this to the card itself, but to the game’s design.

Lastly, we’ll wrap things up with my final thoughts.