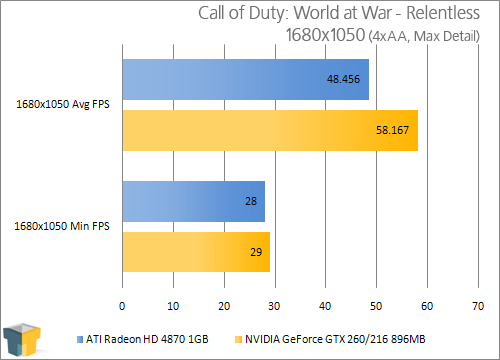 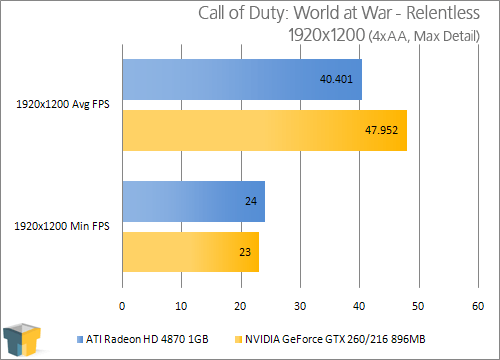 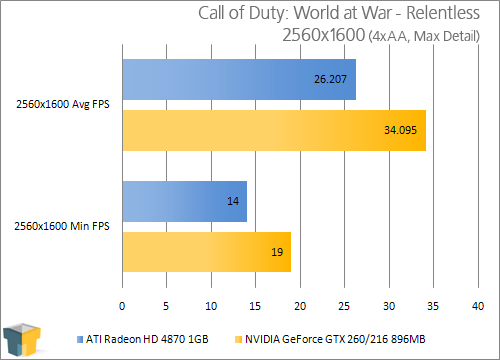 By looking at these results, you’d imagine that this was a “Meant to be Played” game, but that’s not the case at all. NVIDIA won this round, fair and square. Their card showed rather significant increases, especially at our 2560×1600 resolution. The difference was only 8 FPS, but that’s noticeable when you are dealing with > 35 FPS. 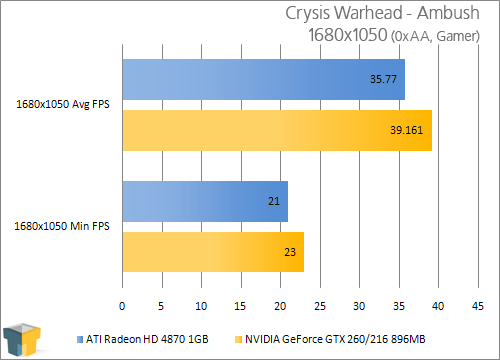 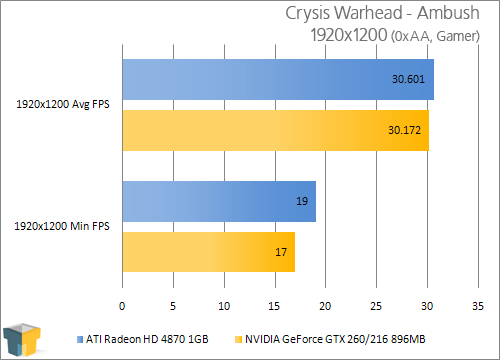 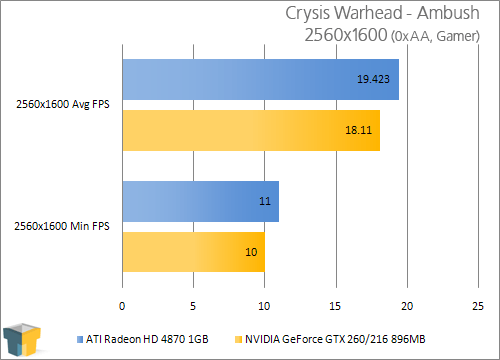 Here’s one good example of a game where NVIDIA’s badge on the box doesn’t mean everything. Although their GTX 260/216 beat out the ATI card in our last article, ATI’s driver improvements helped improve things a bit here, achieving higher results in our top two resolutions.