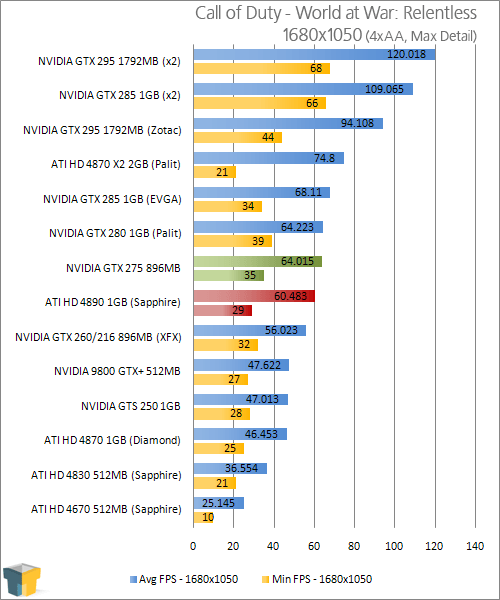 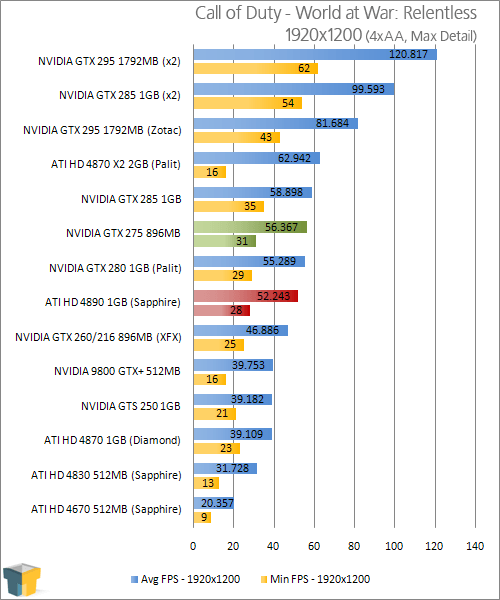 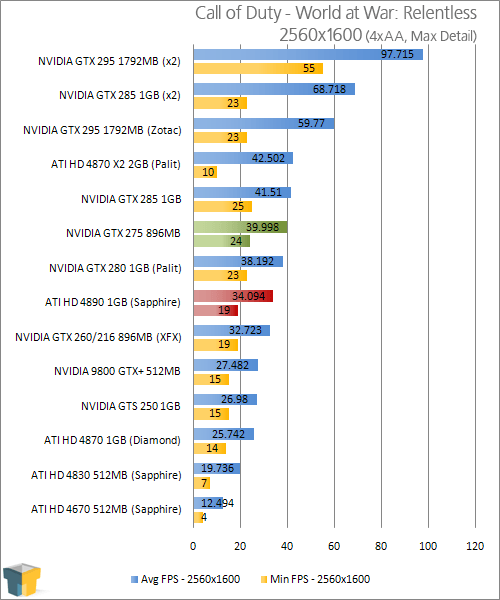 At each one of our resolutions, NVIDIA manages to come out on top, and also beats out what was NVIDIA’s top-end card last summer, the GTX 280. The per-vendor performance differences are far more impressive on the ATI side of things though, where we can see the HD 4890 sky-rocket up past the HD 4870 1GB.

Since both of the cards here performed well at 2560×1600, our best-playable settings mimic what’s seen in the final graph above. NVIDIA’s card was noticeably better, but nothing was lacking where the HD 4890 was concerned.