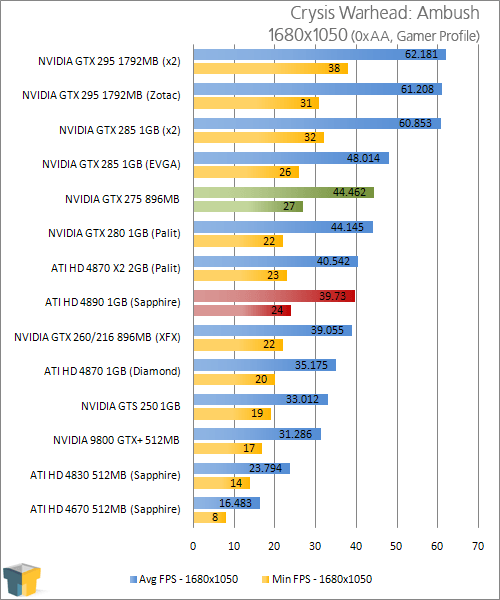 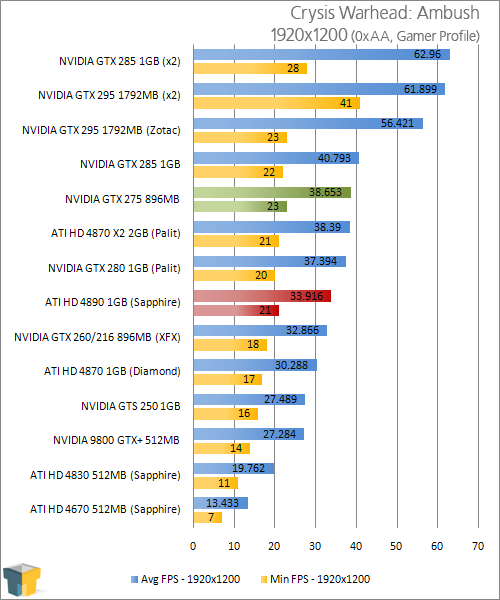 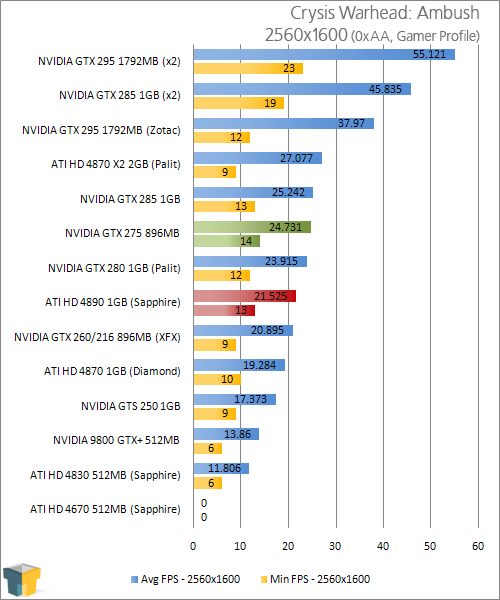 Although ATI’s offerings tend to run Crysis better than NVIDIA, the extra juice of the GTX 275 once again put it ahead by a fair margin. But despite that, both cards share one similar trait… neither can handle the game at 2560×1600 on the gamer profile. So let’s see how things change when the Mainstream profile is used instead: