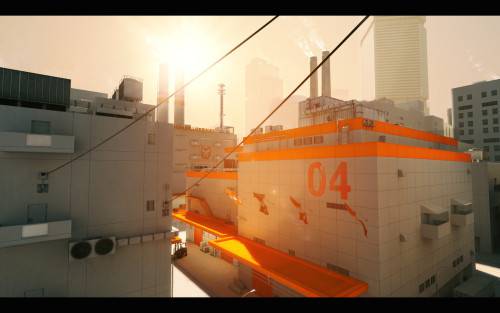 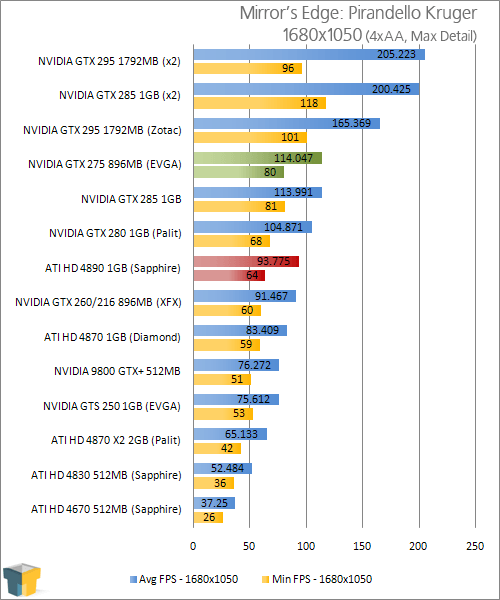 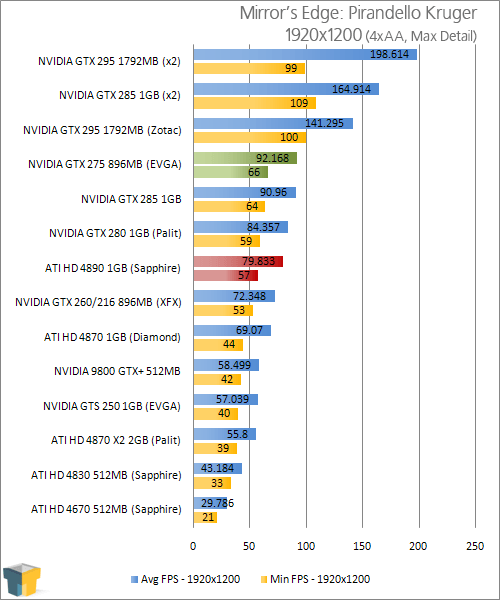 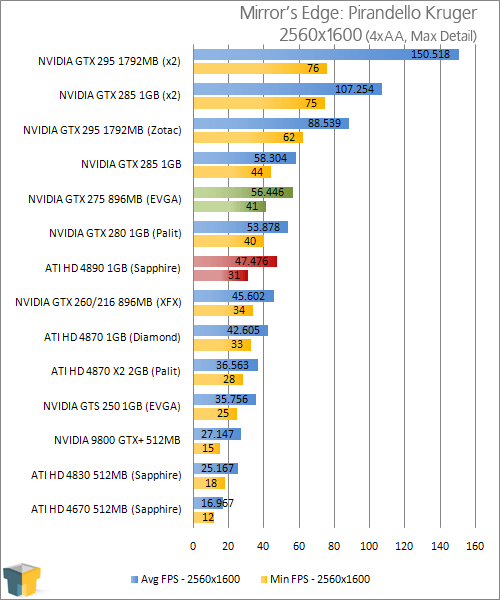 Thanks in part to NVIDIA’s optimizations for this title, and the apparent speed differences over the HD 4890, it comes out on top again, in all of the resolutions. Both cards happen to perform quite well though, and the 47 FPS the HD 4890 sees at 2560×1600 proved almost as smooth as the gameplay that the GTX 275 offered. 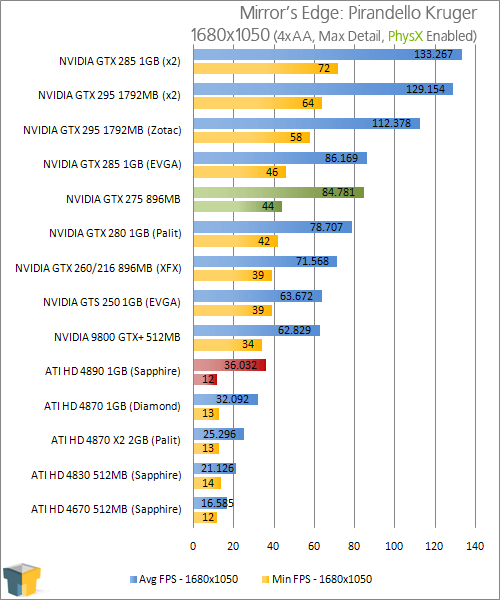 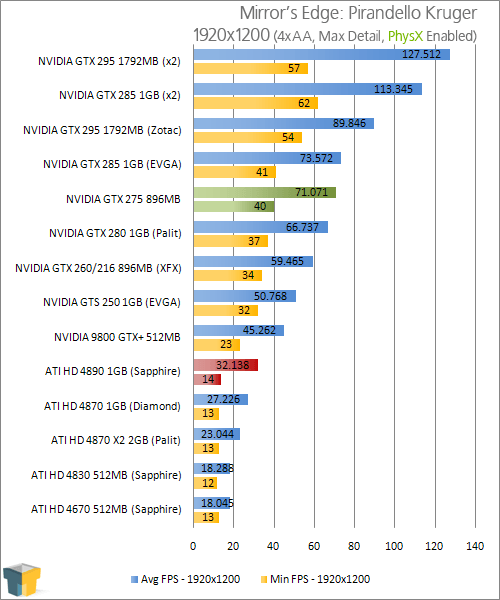 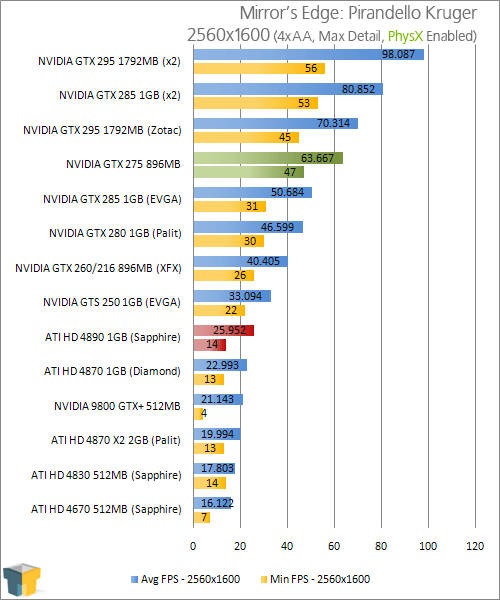 These results are quite impressive, to be honest. Taking a look at the 2560×1600 chart, we can see that the GTX 275 surpassed the performance of the GTX 285, which I’m assuming is thanks to some tweaks in some recent drivers. Either way, the GTX 285 is looking sillier with each graph.

In the end, both cards offered great performance at 4xAA and 8xAA, and the latter didn’t show too much of an overall performance drop. I should note that if PhysX is desired, at 2560×1600 4xAA, the game is fully playable on the GTX 275.