Most ATI cards I’ve dealt with over the past year have overclocked quite well, but I didn’t have too much luck with the HD 5770. Although I reached some amazing clocks that I thought were stable (1+ hour OCCT stable), actually playing a game would show me otherwise. It’s actually rather frustrating to see an awesome overclock fly through OCCT’s brutal GPU test, only to have a game lock up within 5 – 10 minutes of gameplay. On the other hand, it really does prove that you can’t only trust one source for stability.

After much tinkering, the max stable clocks I hit was 910MHz to the Core (+60MHz) and 1225MHz for the Memory (+25MHz). Again, not too impressive of an overclock, but how does the extra oomph translate into real performance? 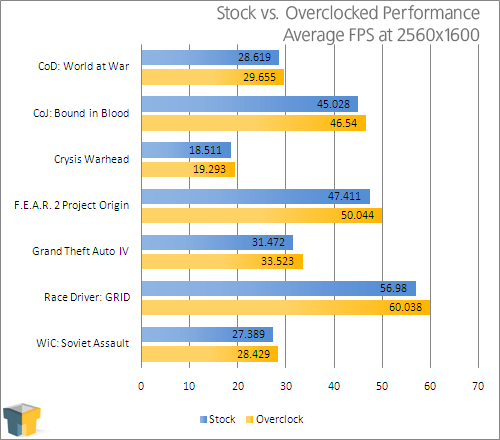 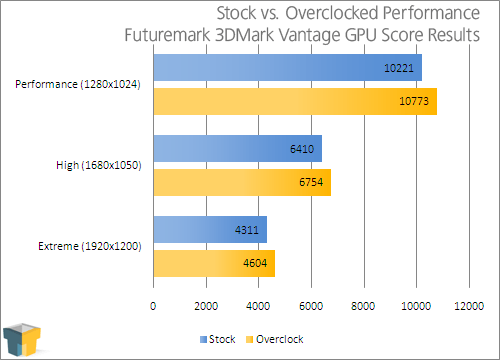 The answer is… not too well. The gains in most of the games are so minor, that unless you manage to reach a higher stable clock than what I hit, it can be argued that it’s not worth overclocking at all. What’s the point of putting additional stress on the card, and increasing the power consumption, for a mere 1 – 3 FPS?