Given the fact that AMD released its first Evergreen cards just a few weeks ago, I still find it a little hard to believe that now, I’m writing a final thoughts section for the company’s mid-range line-up. The turn-around was ultra-fast, and in the end, it works out best for both AMD itself, and also end-consumers. The holiday season is here, and there’s going to be rather large demand for these, and also the already-released cards, so AMD was smart to allow as much time as possible for gamers to pick up the latest offerings.

Although AMD’s turn-around time is fast, I can’t help but wonder if the company didn’t just release these cards now because it was possible, but because the first DirectX 11 titles are right around the corner. After all, even though NVIDIA will support DX11 on its upcoming Fermi architecture, no cards will be available for purchase prior to 2010, with a slim chance of that changing. So is AMD hoping for mad success with Dirt 2 (first title to support DX11) and sell even more cards as a result?

It doesn’t really matter, because in the end, a release now is possible, and it works to the favor of the consumer. It’s not a bad thing. All we can hope for now is that Dirt 2 doesn’t take too long to launch, and other titles that follow it. S.T.A.L.K.E.R.: Call of Pripyat is the second title to boast great DX11 support, and it’s supposed to be released in Q4, but the details of that are still scarce. All I hope is that it supports DX11 better than Clear Sky supported DX10. If you ran that game in DX10 mode, then you know what I’m talking about. 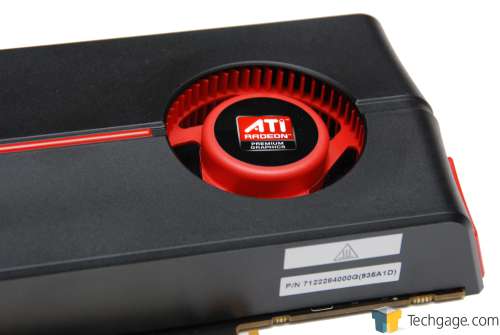 DirectX 11 is a rather large part of what makes the HD 5000-series interesting, but there’s also Eyefinity support, which I expect to to grow in popularity as time goes on. I have limited experience with it personally, but from what I’ve seen, I can’t help but wish I had room for a triple-monitor setup, because the result is drool-worthy. The best part is that it’s not only for gaming, but it’s beneficial for simply using your PC. The multi-tasking capabilities is amazing, and with the capability to power three 30″ displays off of one card (even the lowly HD 5750)… it’s nothing but impressive.

There’s also ATI Stream support, which AMD talks about at every opportunity. Although NVIDIA’s CUDA technology hasn’t exactly taken off to the extent that the company has hoped for (we’re still in the infancy of GPGPU), ATI’s Stream has had even less real-world success. Aside from Adobe Photoshop CS4, I can’t think of any other applications that make use of ATI Stream, except for SANDRA, but that’s only a benchmarking tool. Both AMD and NVIDIA are very confident about the success of GPGPU in the near-future, though, so we’ll just have to sit back and wait for it to happen.

From a gaming performance perspective, I admit that I expected a little bit more from the HD 5770. The performance is far from bad, so I feel foolish for even saying it, given that the HD 4870 has very similar performance, yet cost 2.5x more just last summer. But, technology has improved, and now more than ever, we’re really getting our money’s worth when purchasing any current GPU, or CPU for that matter. All things considered, the HD 5770 is a fantastic card. It might be 5 – 10% slower than the HD 4870, but it piles on other features, such as faster compute power, far lower power consumption, DirectX 11 support and more.

Upgrading to this card is a tough proposition, unless you own a model that’s much slower. There’s little purpose in upgrading from an HD 4850 or HD 4870, for example, because the difference is in the features alone. If you were to upgrade, you’d see more for your money if you picked up at least an HD 5850. At least then, you’d not only get the features, but a sweet performance boost as well.

For a new PC, the HD 5770 is an absolute winner. It’s perfectly-suited for both mid-range and high-end gamers, depending on titles, as it supports most games at 2560×1600 just fine, with the leading exception being Grand Theft Auto. The card also happens to make a good HTPC solution, thanks in in part to its lower overall temperatures and fantastic power consumption. If your HTPC is on 24/7, you’re the perfect market for such a card, as the power draw is about 22.5% of the previous generation.

If I had to choose between the HD 5770 and the HD 4870 or even the HD 4890, I’d choose the newer card without hesitation. The performance is a bit lower, but everything else that’s packed in more than makes up for it.