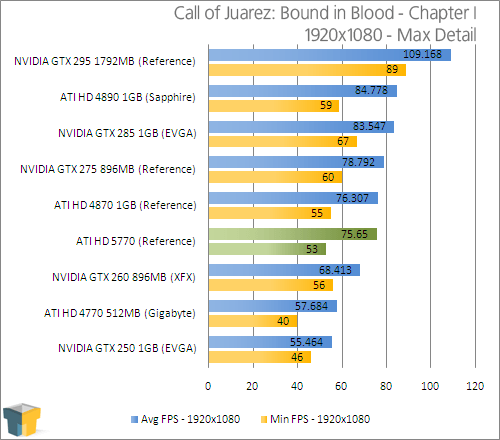 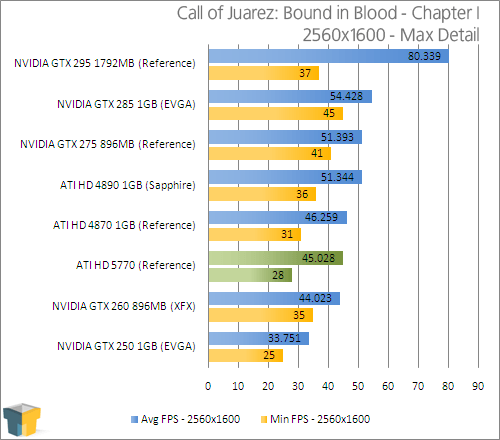 ATI cards tend to excel in this title, and as a result, the HD 5770 managed to overtake the GTX 260 by a rather fair margin – although the results were quite close at 2560×1600. Interestingly enough, while the HD 4870 kept its distance from the HD 5770 in Call of Duty, the two cards were very close in performance here at each resolution.

Despite the fact that CoJ: Bound in Blood has fantastic graphics, it doesn’t require a powerhouse machine like certain other titles do (Crysis) to look good, and as a result, running the game with 4xAA at our top-end resolution of 2560×1600 turned out to be just fine, delivering a respectible 45 FPS on average.