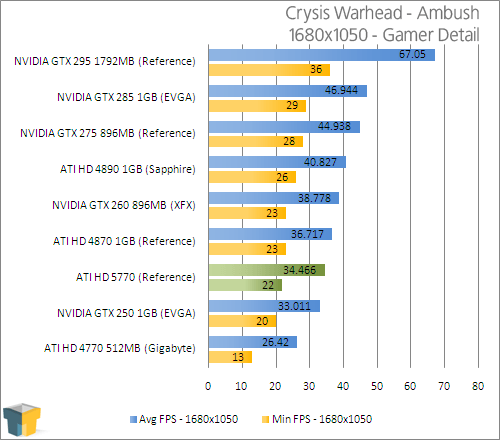 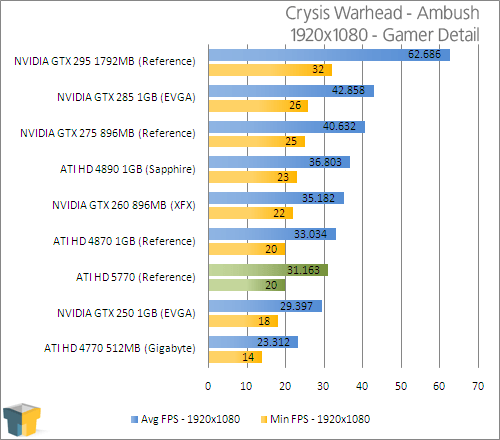 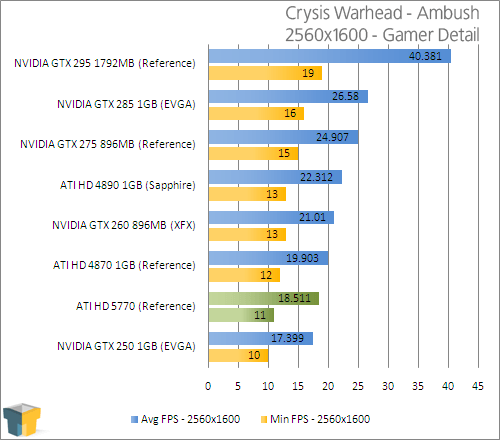 Crysis is one of those unique gems that, even when run on a super high-end machine, still invokes the “Why won’t it run faster?!” spirit. So, for all configurations except the GTX 295 in SLI, we’re forced to drop the detail settings to “Mainstream”, which still happens to look quite good. And no, there is no typo. The HD 5770 really did average out to be 0.001 FPS slower than the HD 4870!