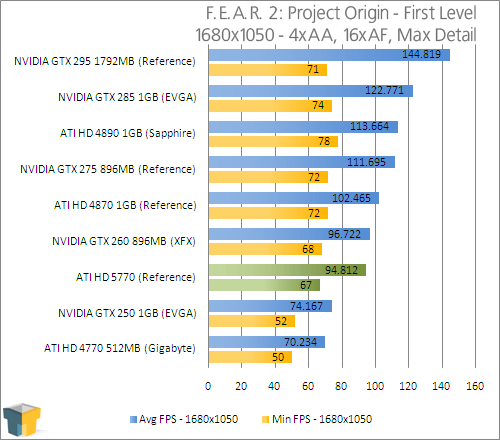 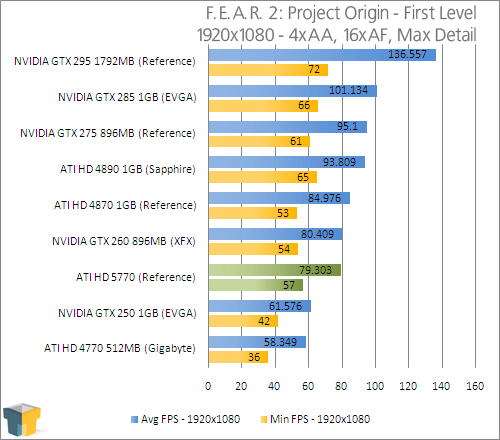 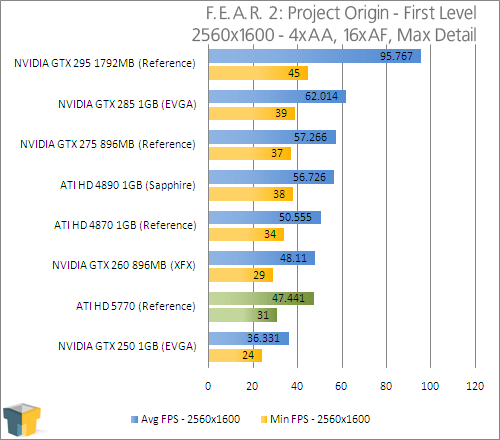 The results seen here are quite similar to what we saw with Call of Duty. While the HD 5770 once again fails to keep up to the GTX 260 and HD 4870, it’s the latter card that comes out on top overall, although that lead shrinks with higher resolutions.