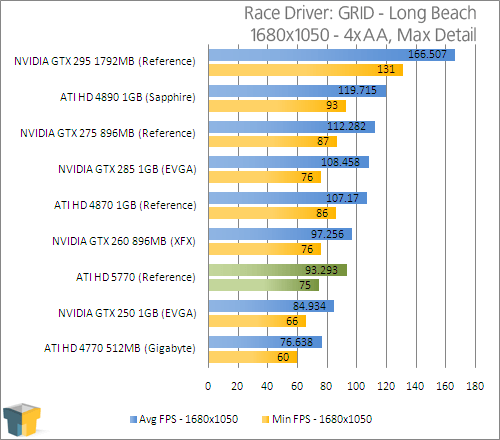 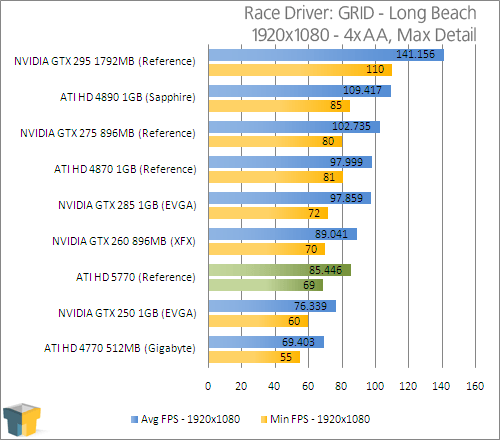 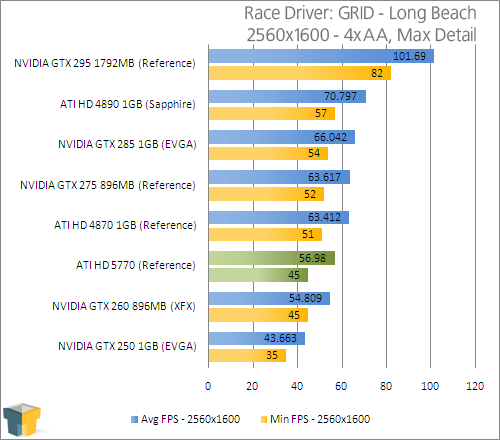 GRID is one game that favors ATI cards, but that didn’t matter too much here as the GTX 260 still managed to beat it out, except in the top-end. But despite that, the results from all of our tested cards is good, and with the HD 5770 achieving almost 60 FPS at 2560×1600 with 4xAA, we’re doubtful too many people will be complaining.

If it works, don’t mess with it, and that’s a good mantra to live by with GRID. The game runs well regardless of the settings you use (assuming you don’t push anti-aliasing higher than 4x), so 2560×1600 with maxed settings is our best playable.