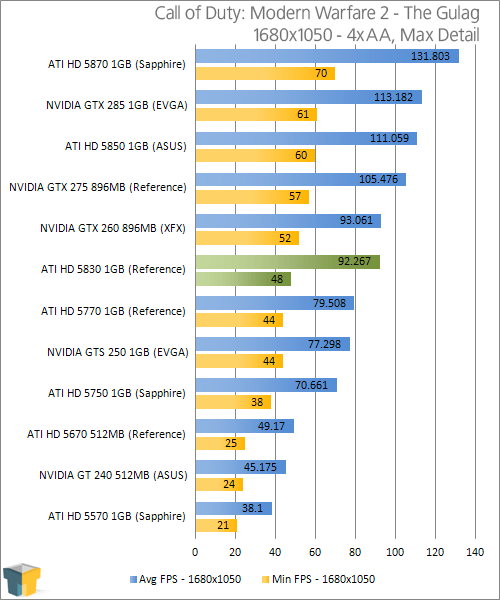 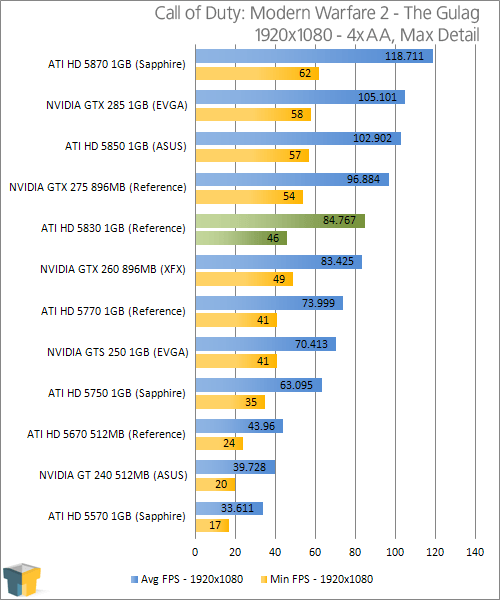 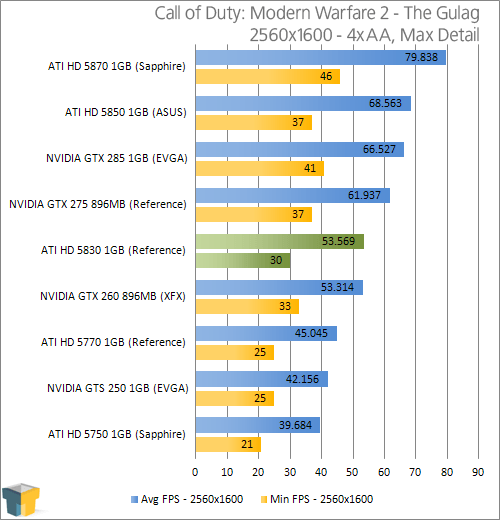 The results seen so far are a bit interesting, because the HD 5830 doesn’t quite shine as I hoped it would. It surpasses the performance of the GTX 260, but just barely. For the $25 premium the HD 5830, I expected a bit more. But, it might be safe to assume that AMD isn’t at all charging a premium for performance, but rather all of the other features that the HD 5000 series brings to the table (and those are good, to be fair).

As has been the theme with all of our current-generation mainstream cards, the HD 5830 handles the game fine at 2560×1600 with max details, so that’s where our best playable remains.