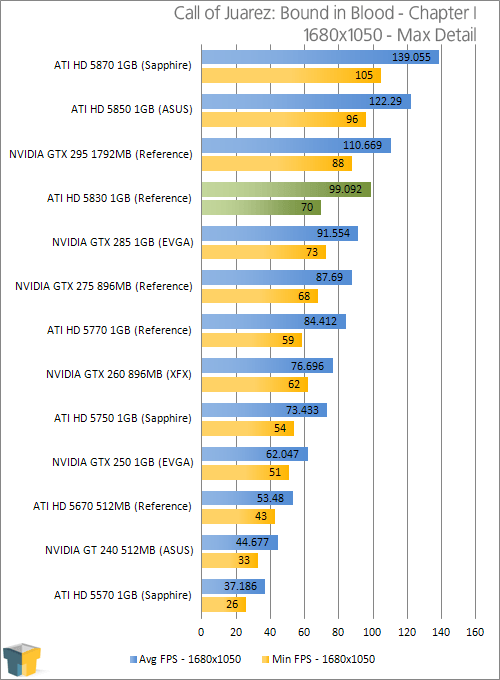 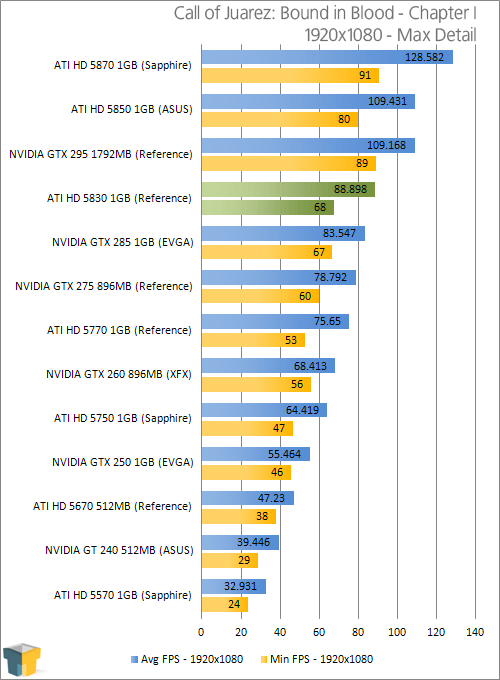 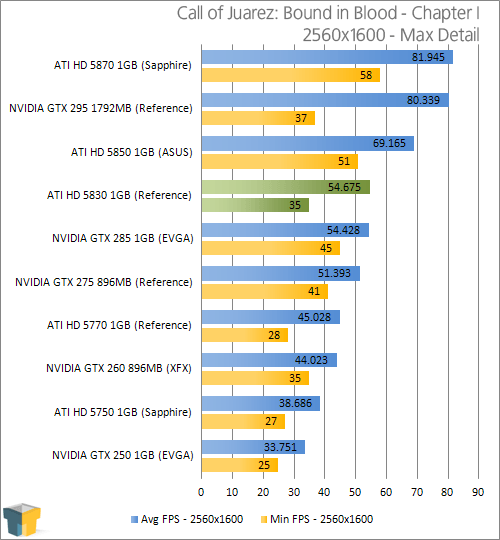 Things weren’t looking too impressive with Modern Warfare 2, but the HD 5830 redeems itself with Bound in Blood as it manages to not just surpass the GTX 275, but actually match the GTX 285.

If it can match the performance of the GTX 285 in this particular title, how could our maxed-out settings not be our best playable?