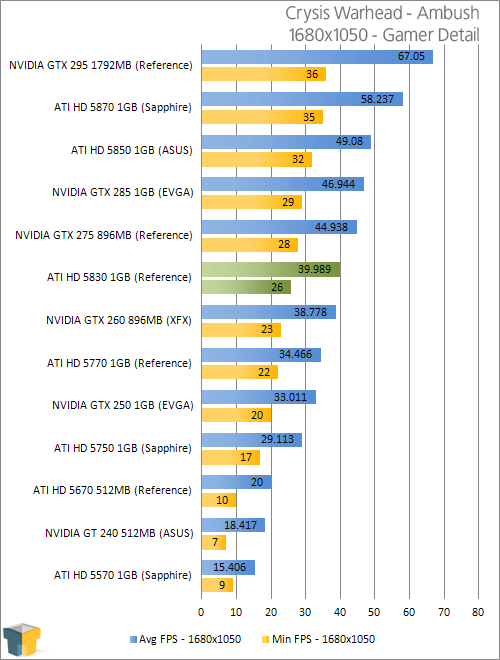 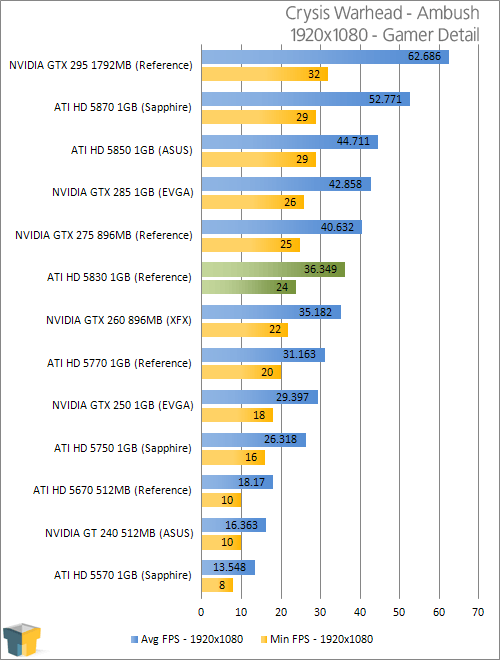 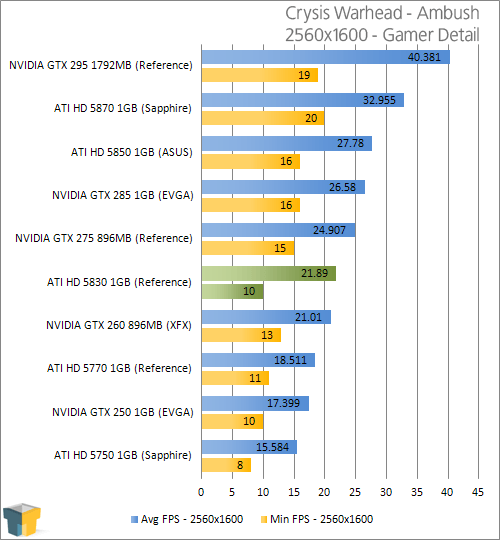 We’ve about tied things back up here, with the HD 5830 just barely surpassing the performance of the GTX 260.

Like pretty much every other card we have, for Crysis Warhead to be completely playable, we must down our graphical settings to Mainstream. Fortunately, the game still looks great on that setting, and crisp at the same time with such a high resolution.