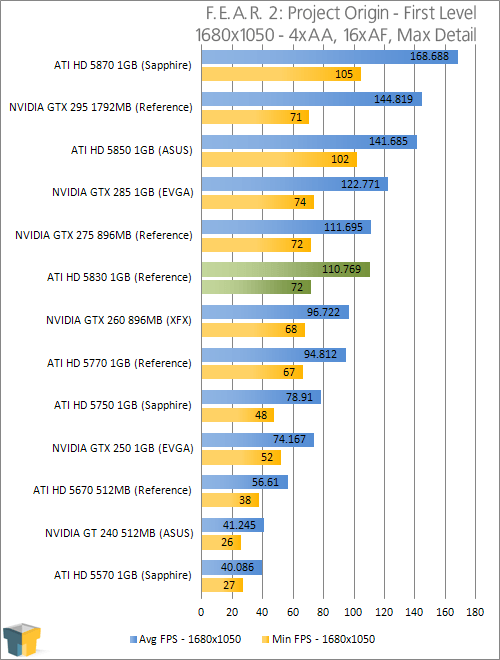 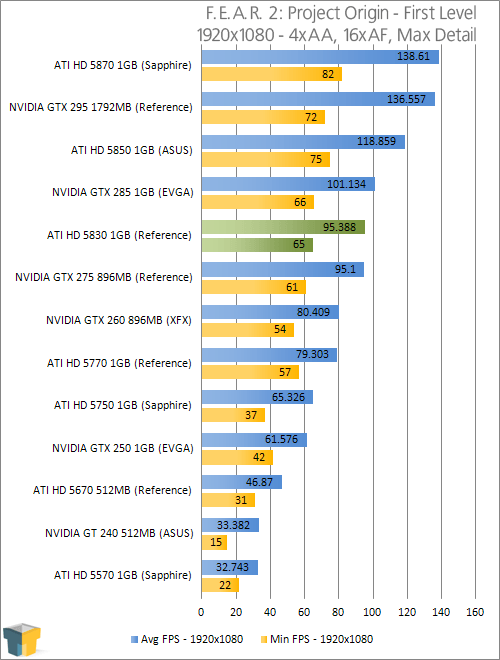 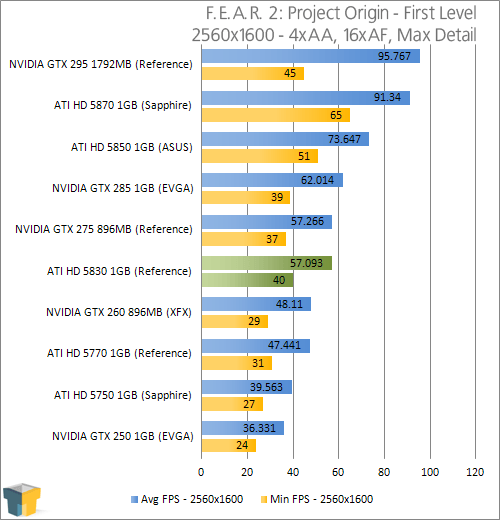 Similar to Call of Juarez, F.E.A.R. 2 favors ATI cards, and it’s evident here when seeing that the HD 5830 keeps right up to the GTX 275, despite getting beat in most other tests.

With an 57 FPS average at the game’s top settings, our best playable was all too easy to choose here.