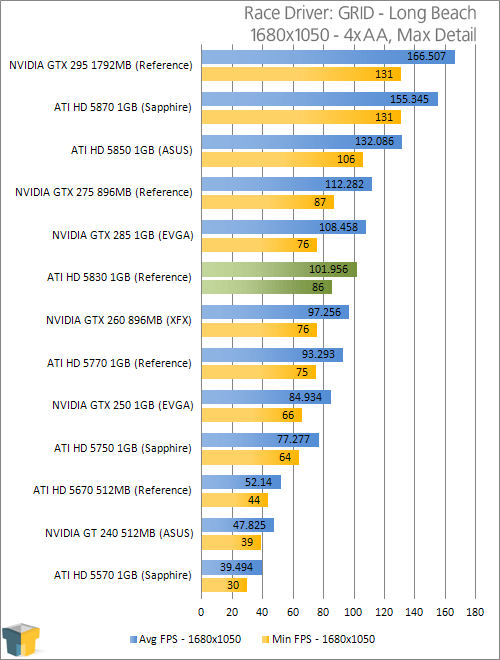 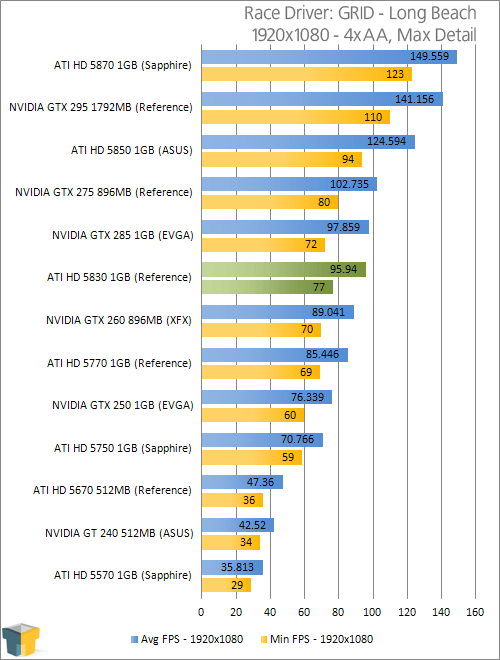 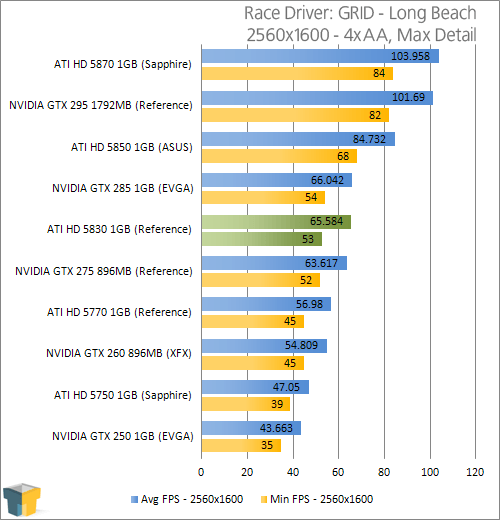 GRID is another game that tends to favor ATI cards to some small degree, and that works to the HD 5830’s favor as it manages to outpace the GTX 275 at our top resolution of 2560×1600.

Once again, GRID is one of those games that runs well on almost anything, and especially on a card like the HD 5830. Therefore, 2560×1600 at maxed settings was no issue at all, so it naturally becomes our best playable setting.