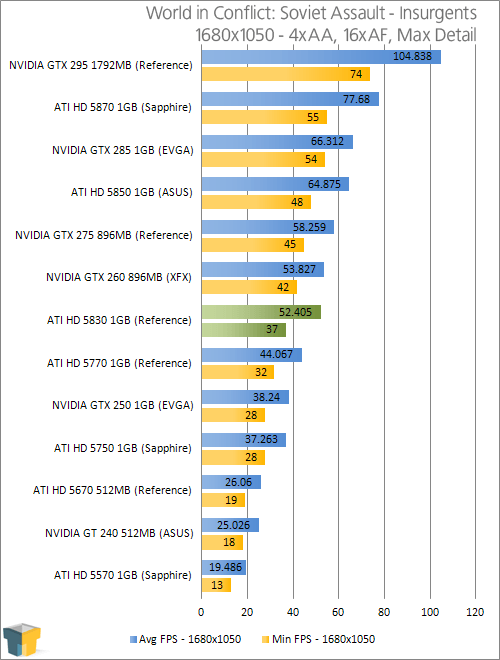 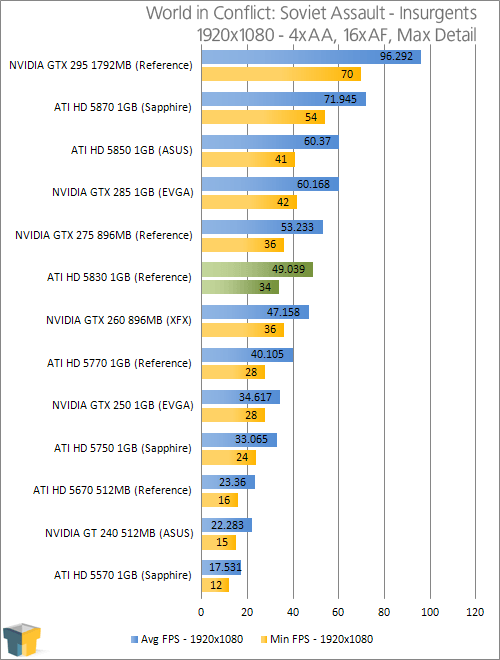 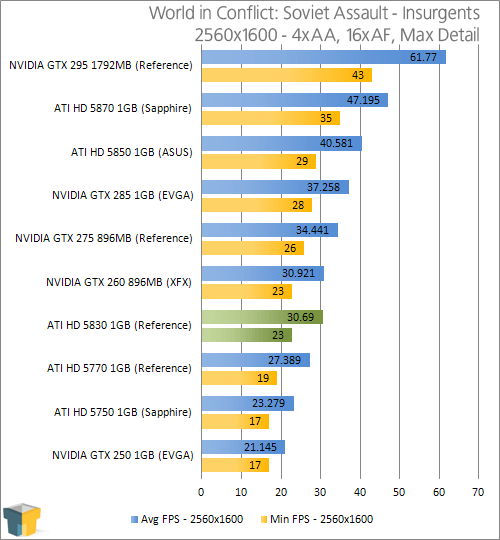 For some reason, the HD 5830 didn’t quite handle WiC as well as I pictured it would, and that can be seen above with it falling just behind the GTX 260. Again, there’s barely a difference, but it’s there.

I admit that with top settings, World in Conflict isn’t as smooth as butter (something common with most RTS titles that have a lot going on at once), but it’s not until you get past 60 FPS that the game becomes really smooth. But, while it might not be buttery-smooth at ~40 and a bit above, we’re going with the settings above (2560×1600) as being our best playable, sans anti-aliasing, as we have no doubt anyone on this configuration would be more than content with that choice.