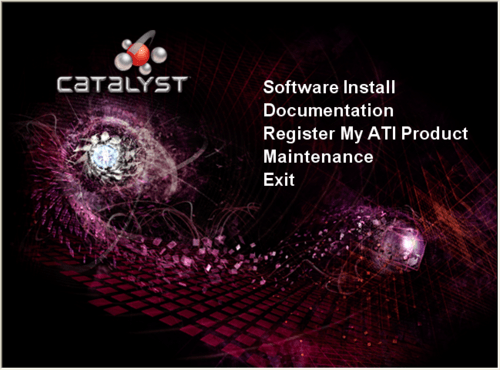 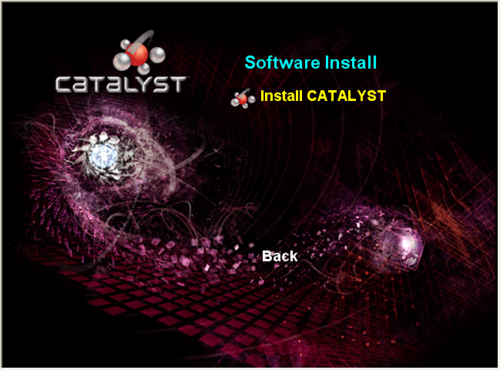 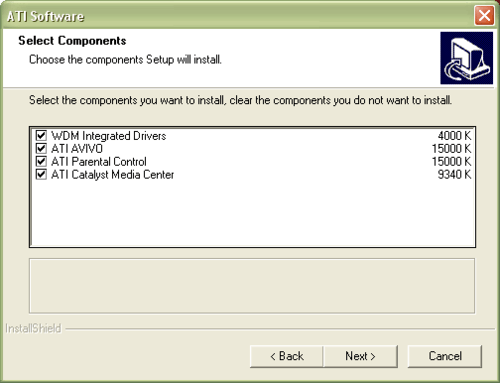 Installing the infrared receiver for the included remote is as easy as plugging it in and positioning it. Other than putting batteries in the remote, nothing more is required to remotely control the ATI Catalyst Media Center.

Some readers may appreciate more information on Catalyst Media Center, including a demo, which can be found here. 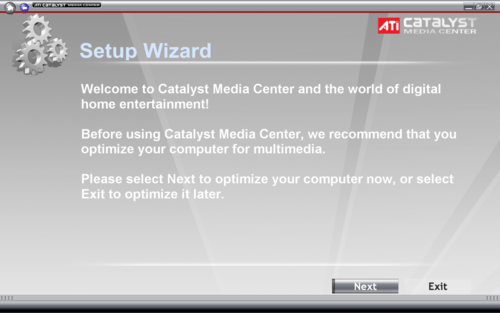 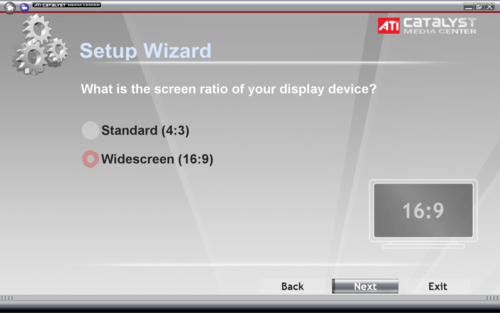 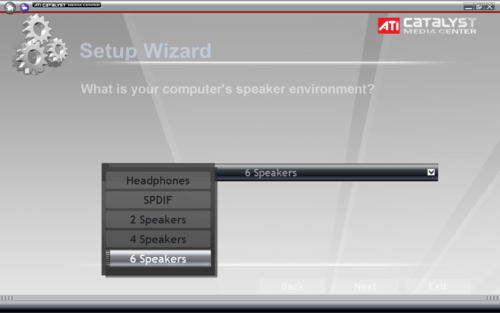 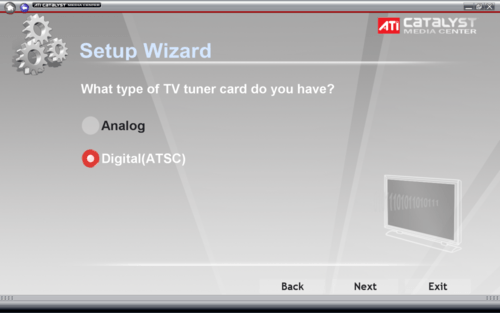 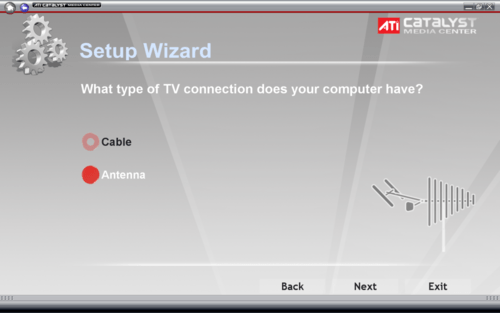 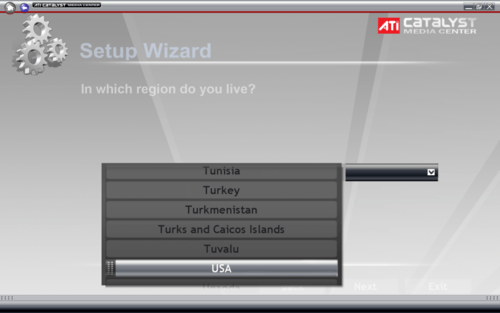 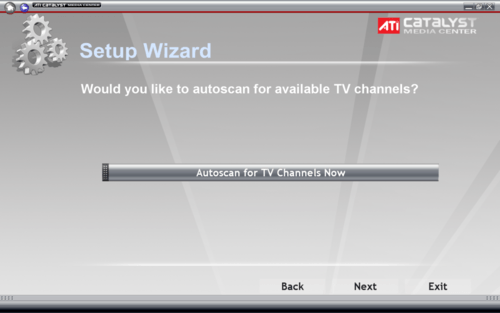 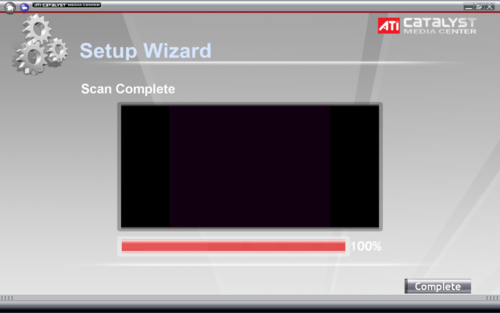 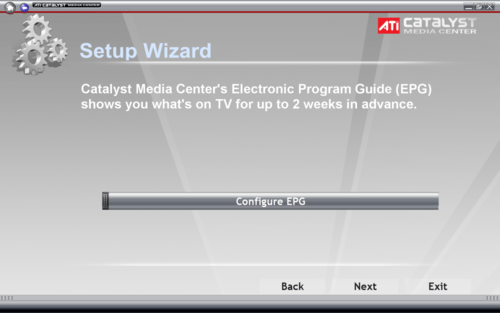 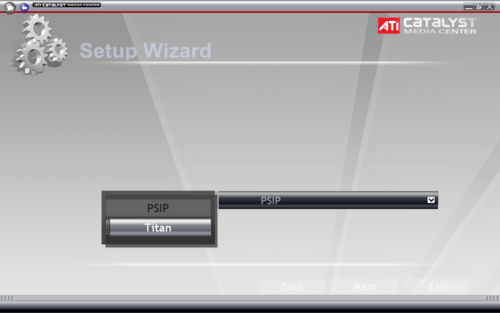 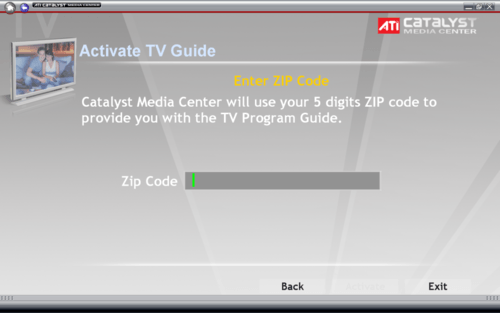 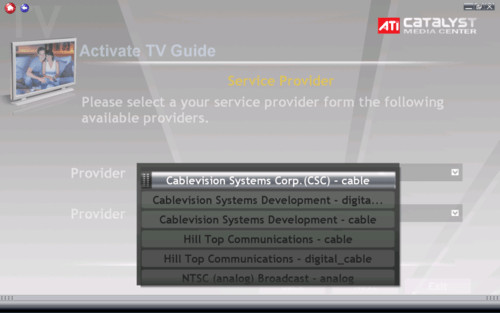 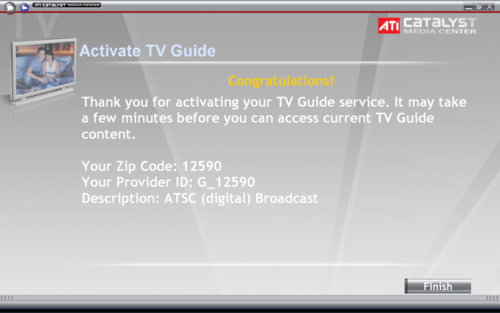 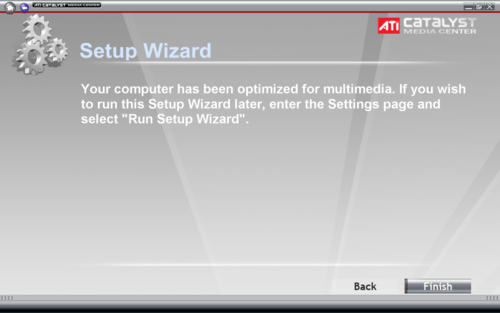 The process is easy except for setting up the electronic programming guide (EPG). The list of signal providers can be rather long and include duplicates, meaning that it may take a few tries in order to receive the correct channel information. This is one area where there is definite room for improvement – Windows Media Center’s EPG is much more accurate and automated – more in that later.

Once the setup wizard is complete, users are returned to the home screen of Catalyst Media Center.