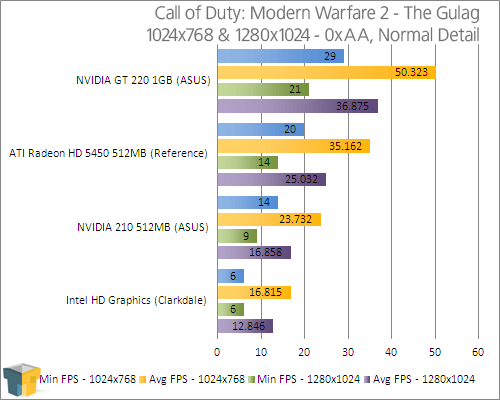 Please note, all 1680×1050 graphs in this article are included only for the sake of comparison. 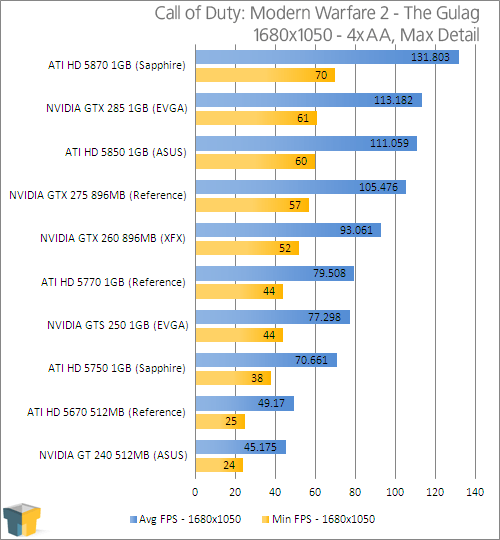 After removing some of the special effects (Shadows, Specular Map and Depth of Field), the performance of the HD 5450 shot skyward and gave us some much smoother gameplay.