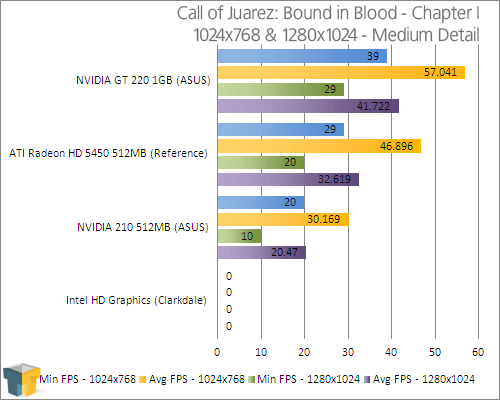 As mentioned in the past, ATI cards tend to excel at this particular title, so it’s not much of a surprise that the 210 is left in the dust. The HD 5450 doubled the minimum FPS and starkly increased the average. 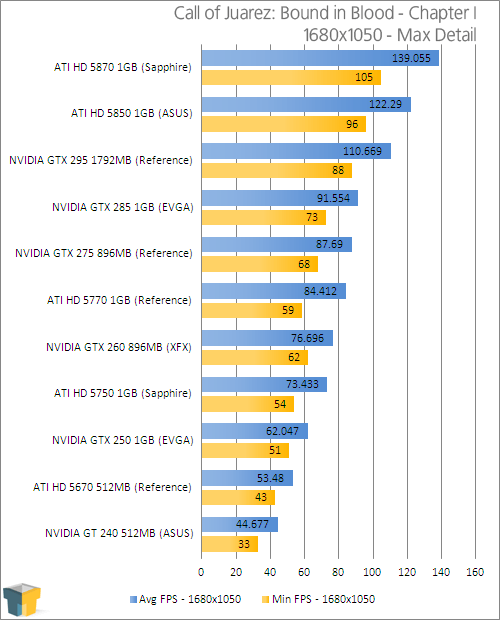 At the above-listed settings, the game played just fine. I have to stress that lowering the settings in this particular title makes for a starkly different (and mostly ugly) game, but at least we didn’t need to decrease our detail lower than medium.