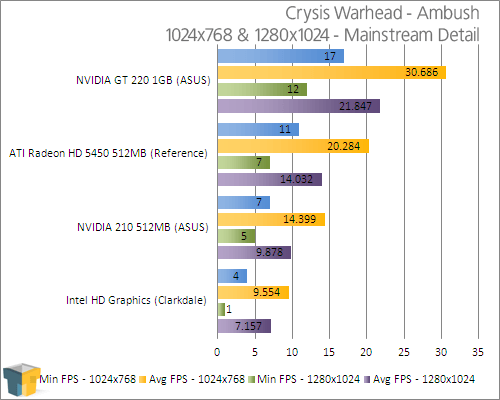 There are few things on this earth as horrible as running Crysis on a low-end graphics card, but for as far as that goes, the HD 5450 proved about 43% faster than the 210. 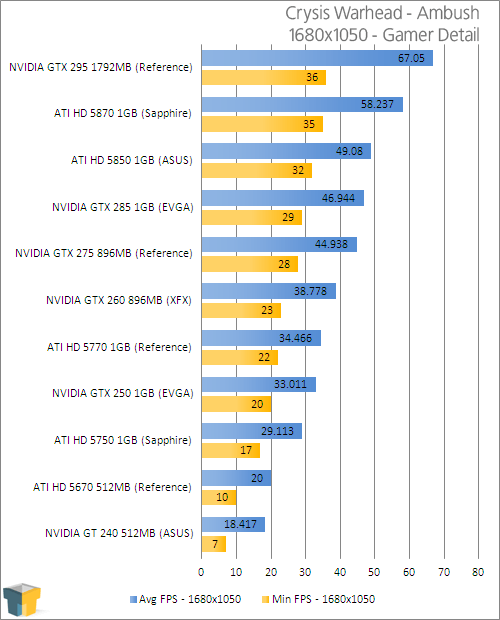 Like the GT 220, we were able to retain our 1280×1024 resolution with the HD 5450 with the caveat being a decrease to the “Minimum” detail settings. At those settings, though, the game still looks remarkably good, and played very, very well, despite the recorded minimum FPS.