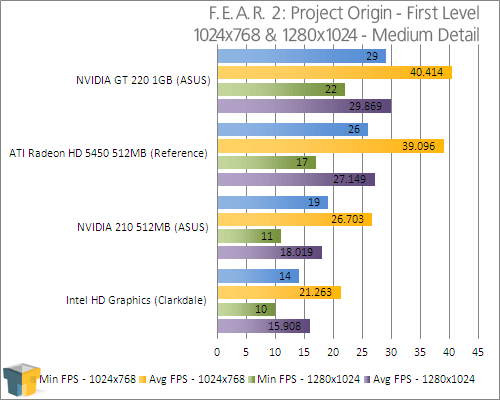 The HD 5450 continues to shine in the test here, far surpassing the performance of the 210. There’s just no comparison. 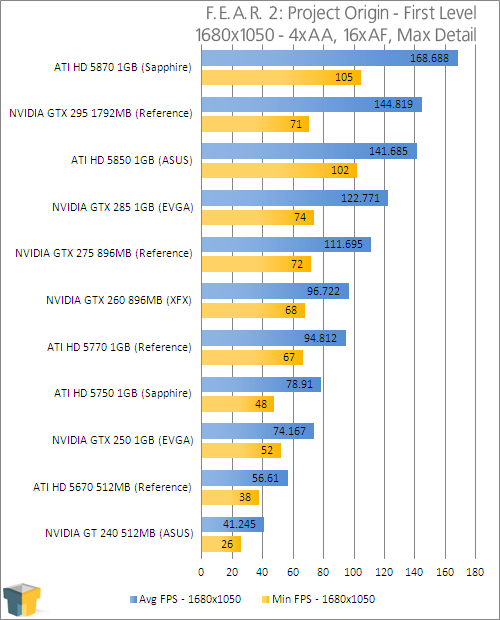 With the performance as good as it was with medium detail, we left that as our best playable.