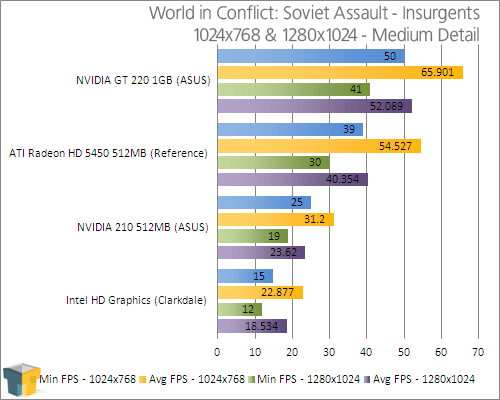 Like Call of Juarez, World in Conflict to some degree favors ATI cards, but even with that, the HD 5450 looks to be nearly twice as fast as the 210. 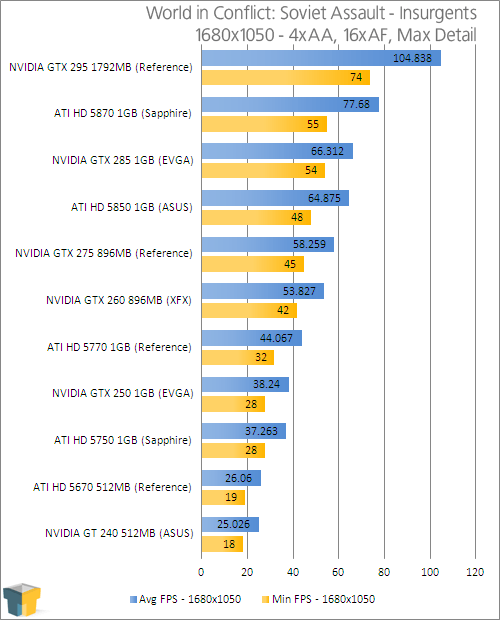 With performance as high as it was, there was no reason to lower the settings any further for a best playable. Going one step higher made the gameplay laggier, so there was no point. Because of the sheer number of graphic options found in the game, though, you could have a field day if you really wanted to fine-tune things.