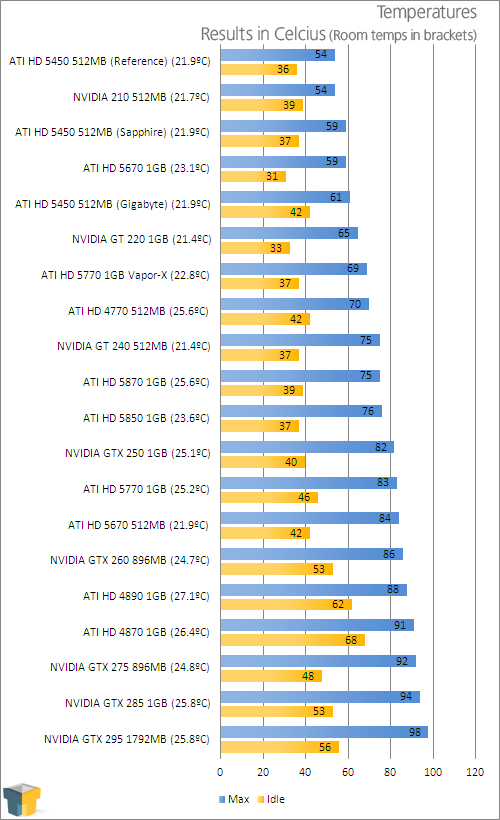 With its much larger heatsink, the reference card had the overall best temperatures, with Sapphire’s card coming in a distant second, with 5°C extra on the load. Gigabyte’s card fell even further behind, with 7°C tacked onto the load compared to the reference card. Though the temps are higher on the non-reference cards, there are definite benefits still to be reaped.

Gigabyte’s card performed the “worst” (it’s hard to consider it “worst” when even the max temps aren’t all too bad), but it also had the smallest cooler of all three. The highest point of the cooler almost matches the height of the PCI bracket, so this card will in no possible way become an inconvenience. Plus, despite it having a seemingly whiny-looking fan, it was barely audible even at max load. Sapphire’s card improved the temperatures just a wee but, but the cooler also takes up just a bit more space as well.

Despite Gigabyte’s card having a fan, I actually prefer that design above the others, simply because it’s the smallest package, and was still inaudible when under intense stress. 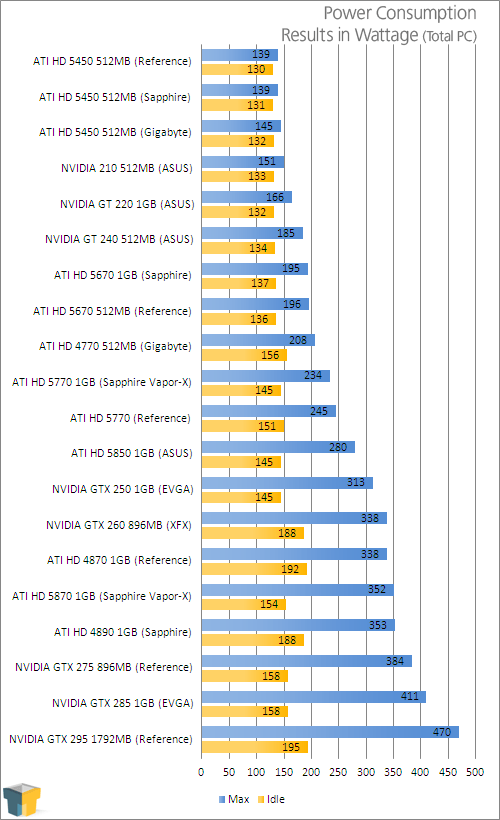 For power consumption, there’s barely a difference between them, even with differing clock speeds. The HD 5450 has officially become the most power-efficient card we’ve tested, with the reference card shaving 12W off the load wattage of the GeForce 210.