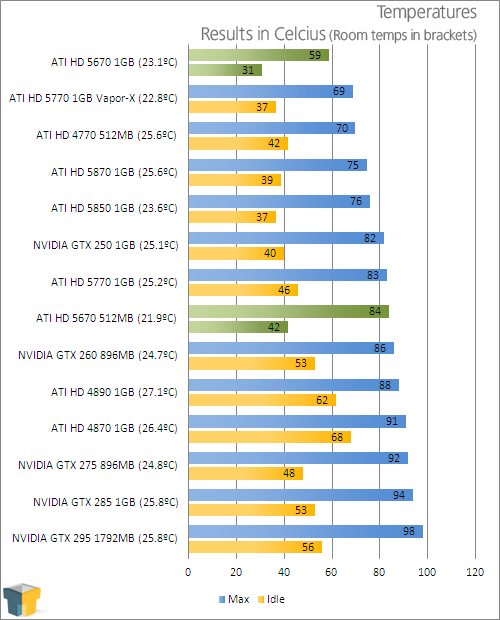 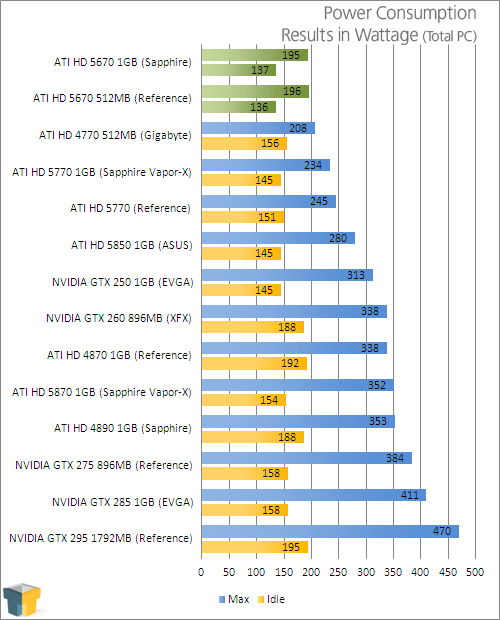 The power consumption difference between the two cards is almost non-existent, but as I mentioned in the intro, the GPU cooler that Sapphire uses on its card is a big improvement over the reference, and the top graph shows just how much. There’s a truly staggering 25°C drop at full load, and an 11°C drop at idle. That’s probably the greatest decrease we’ve ever seen from an upgraded pre-installed GPU cooler, so that’s quite impressive.