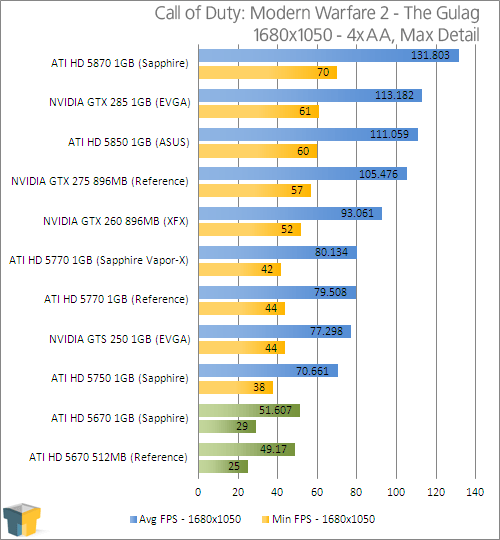 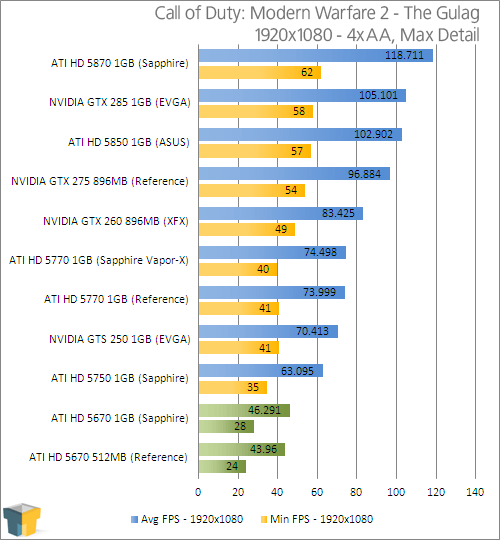 Throughout all of our results, it will be a common theme to see the HD 5670 place in last, because from a specs standpoint, it’s without question the slowest card. That doesn’t make it a bad offering, though, as it’s also the least-expensive. Given that the HD 5750 512MB retails for $130 on most e-tailers, the performance of both the HD 5670’s performed quite well. Not-so-surprisingly, the 1GB model pulled ahead just a wee bit.

The performance from both cards proved limiting, but as long as you are not ultra-fussy about the smoothest gameplay on the planet, running the game at 1080p with 4xAA should be just fine. If it isn’t, dropping AA will still deliver great-looking gameplay, and a nice Avg FPS boost.