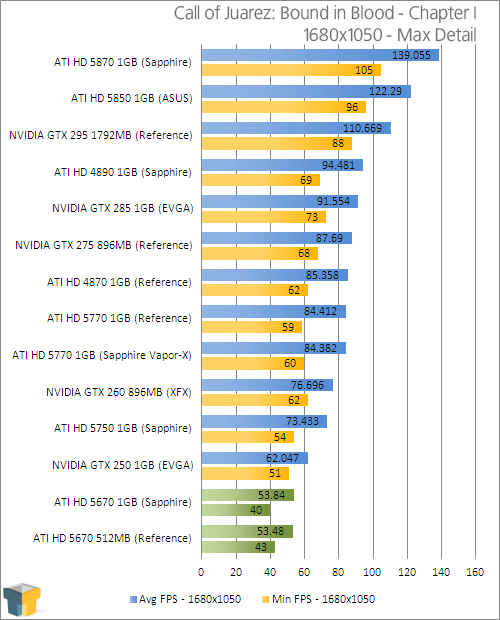 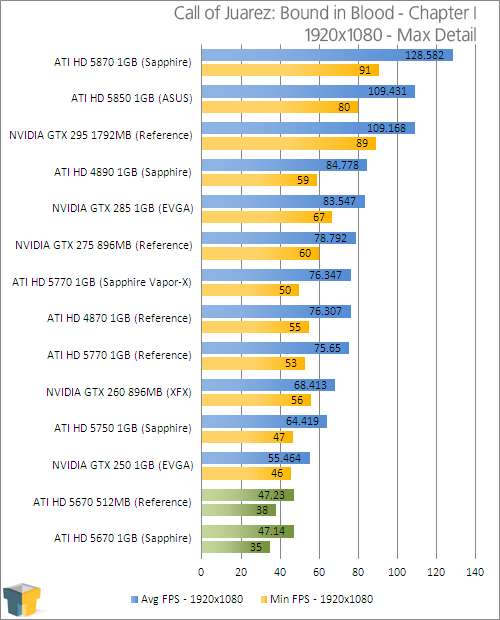 Unlike our Modern Warfare 2 test, we’re seeing no discernible difference between the 512MB and 1GB versions of the card, and overall, the 512MB version delivered higher minimum FPS on average. I’m sure this is just chance, as a 1GB card shouldn’t be slower in any regard, but either way, we’re seeing no difference here. Aside from that, the performance is solid all-around.

This may be a $100 card, but it can still handle Bound in Blood at 1080p with maxed-out detail settings. Like so many PC games on the market, this one happens to look great and work great on a variety of configurations. With that said, let’s move onto a game that’s a complete vice versa… Crysis Warhead.