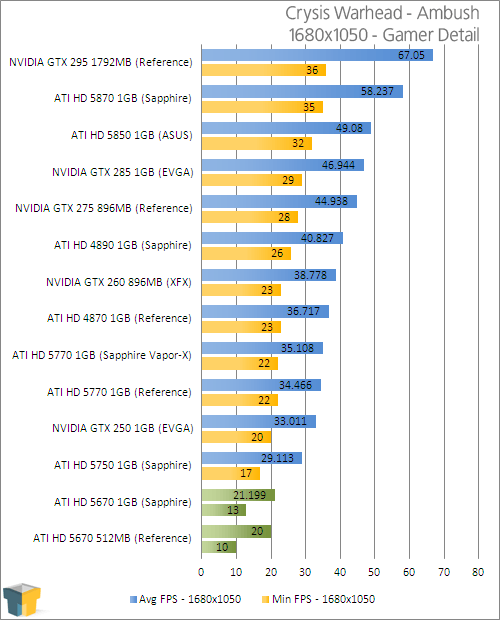 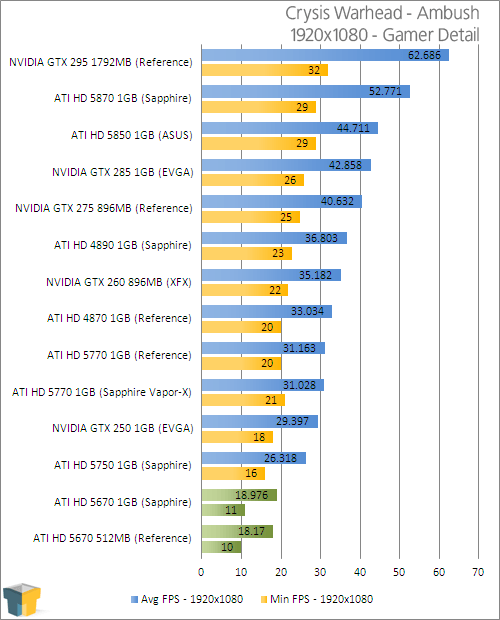 These results aren’t too much of a surprise, given that Crysis is one of the most gluttonous games on the market. Even at 1680×1050, the performance was tar-like. Given that, what’s our best playable?

Simply downgrading the Gamer profile to Mainstream made all the difference in the world, enabling us to game on both versions of the card at 1080p with 35 FPS on average. The 20 minimum FPS seems a tad low, but as you can see, the FPS in this title gets low on any card, and it’s really not all too noticeable during gameplay. Warhead is one of the few games where 20 FPS is actually playable, so anything towards the 30 FPS and up is great.