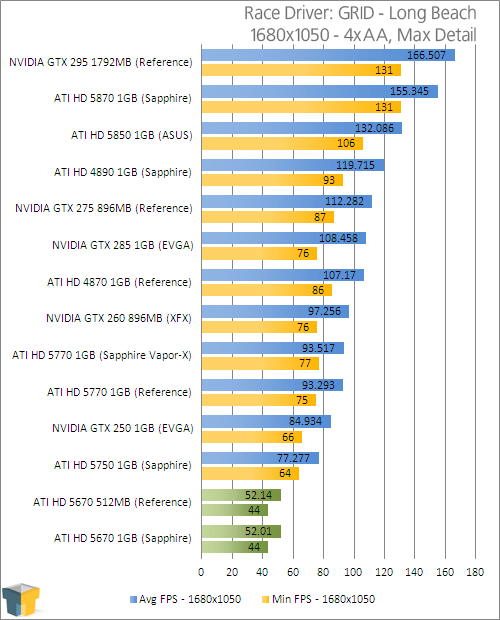 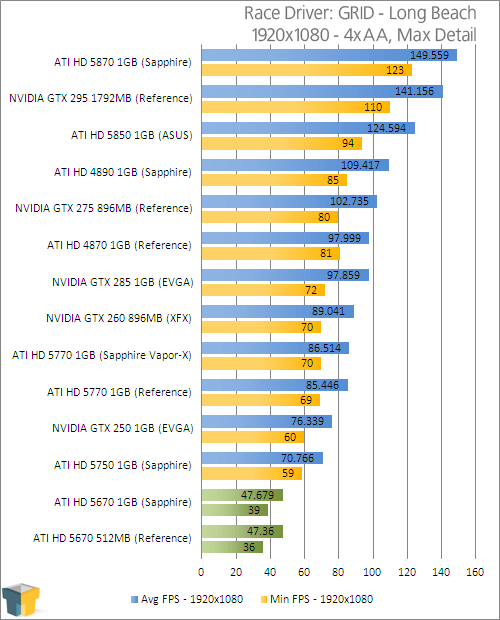 The HD 5670 continues to deliver about 30% less performance compared to the HD 5750, which is in all cases fairly accurate of the price scaling.

GRID is yet another game that runs just fine at max detail with a 1080p resolution and 4xAA.