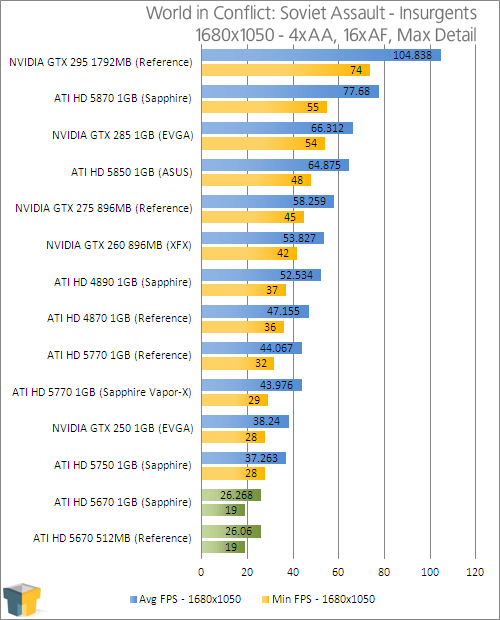 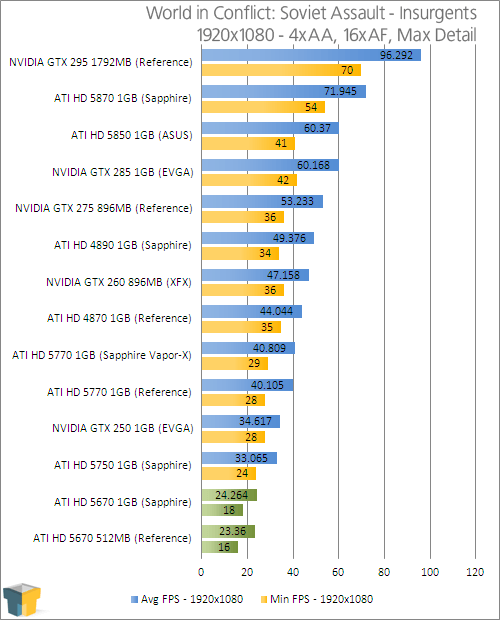 This game is a little misleading, as you wouldn’t expect it to be so strenuous on a GPU. But, thanks to it having so much going on at once, it is, and neither of our two resolutions here delivered what I would hope to be a playable FPS.

Like some of our previous games, the anti-aliasing had to be dropped to increase our FPS to a high enough level for us to consider it as being playable. Even then, it wasn’t totally ideal, but I’m confident most gamers would be happy with a ~30FPS average here, rather than choose to downgrade their resolution.