For our rendering tests, we use Autodesk’s 3ds Max (2015, for SPECapc, and 2018, for our real-world model render), the popular open source design suite Blender, as well as Cinebench, POV-Ray, and V-Ray Benchmark for some quick-and-dirty results. 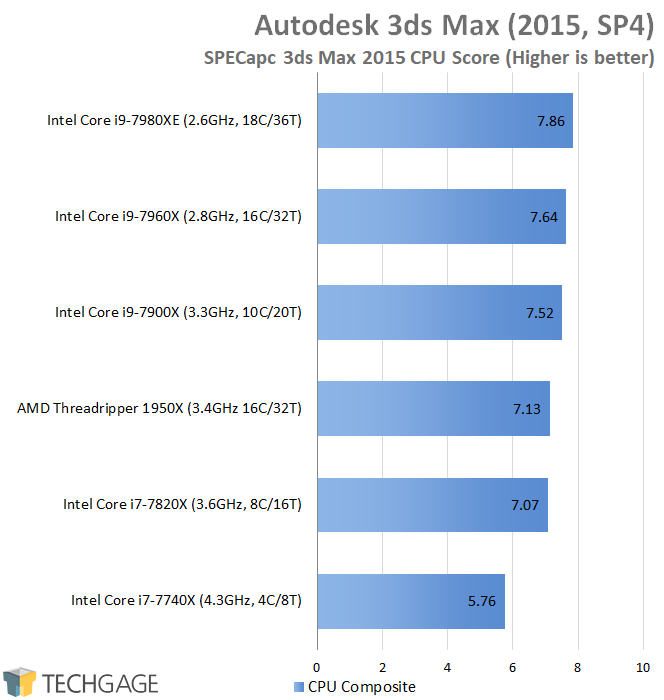 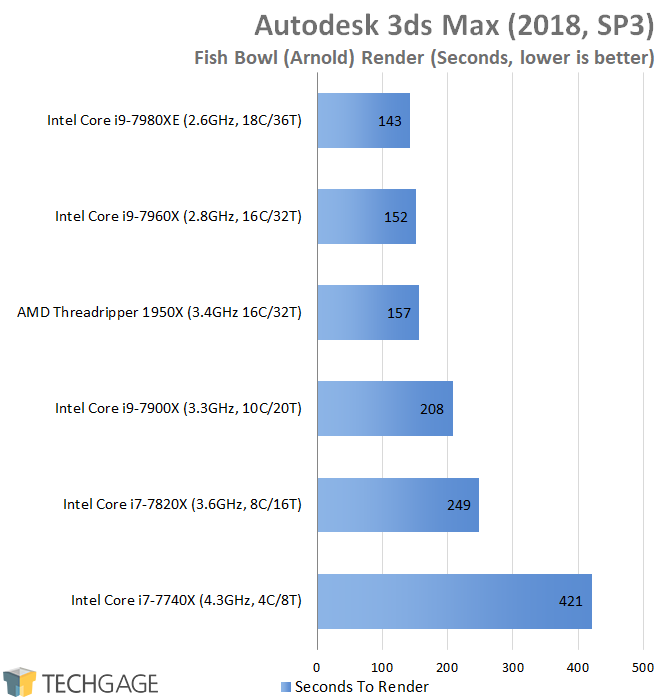 Both sets of results are saying similar things here, but Intel enjoyed stronger performance in SPEC’s test, with the i9-7900X placing ahead of AMD’s 1950X. With the real-world render, Threadripper came within striking distance of the 7960X. AMD doesn’t mention Autodesk too often when it comes to performance, not even in relation to its professional GPU lines, but where Threadripper is concerned, it’s no slouch. 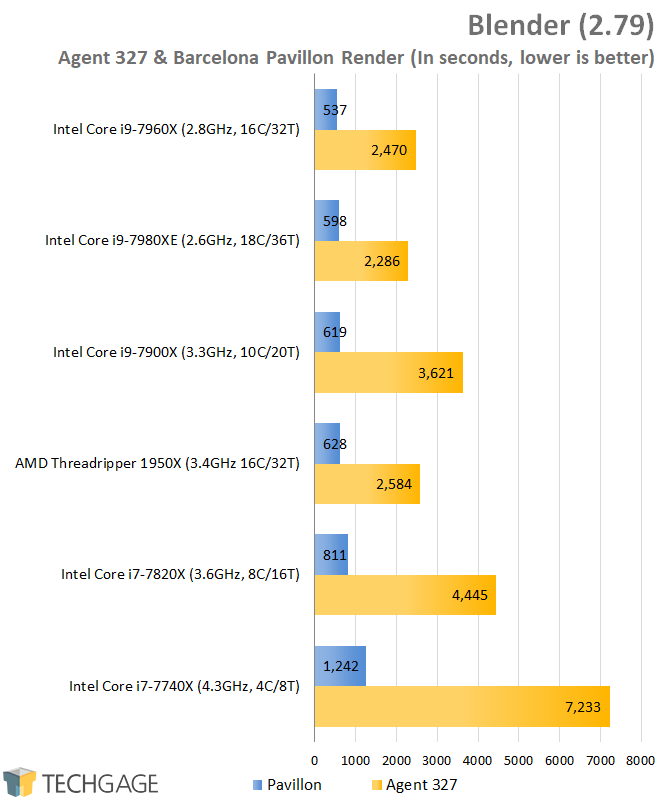 Results like these highlight the fact that not all projects are built alike. The 16-core Intel chip somehow outperformed the 18-core with the Pavillon render, but it scaled as expected with the more time-intensive Agent 327 (both projects can be downloaded for free here.) In the given match-up of 16-core vs. 16-core, Intel’s clearly winning the fight. But don’t worry – AMD has some tricks up its sleeves. 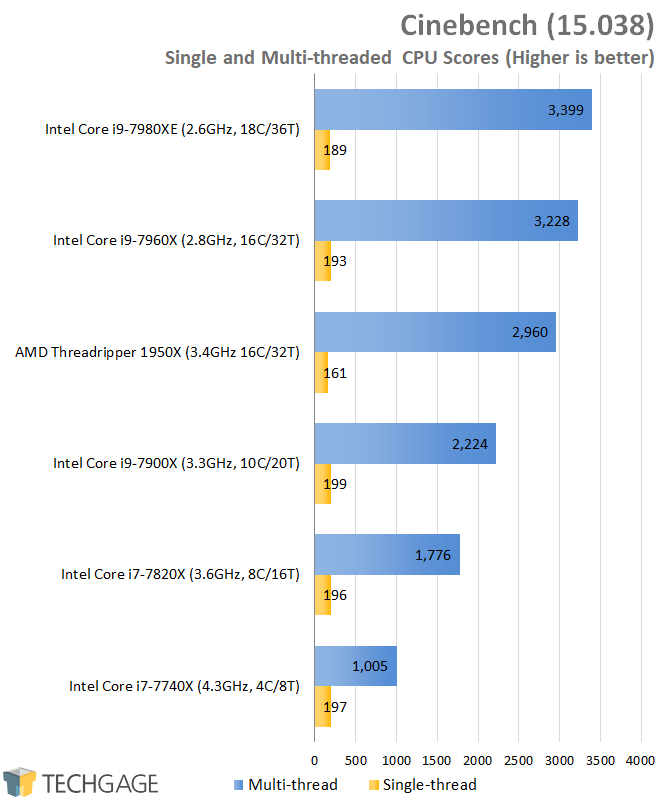 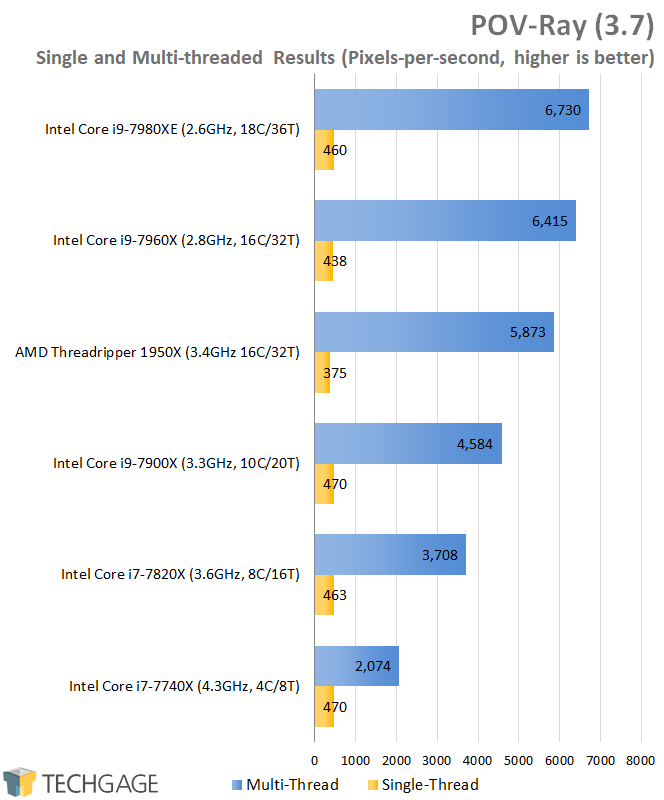 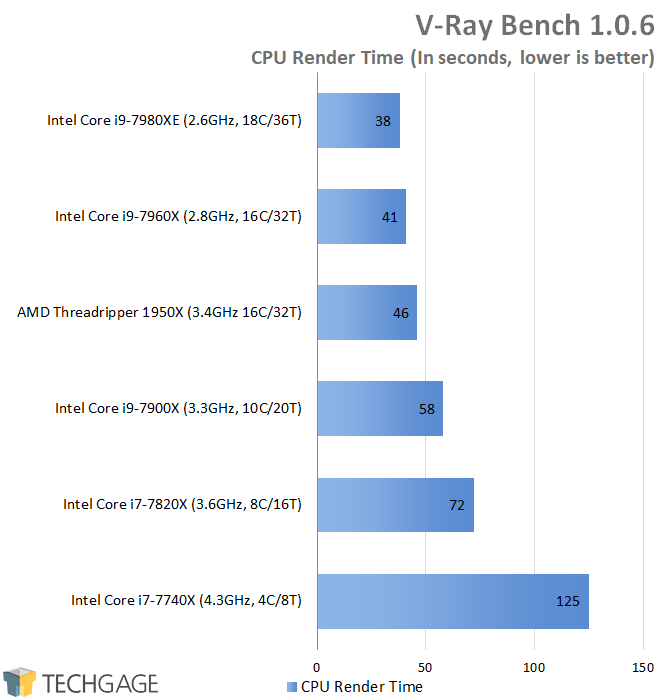 Synthetic tests are not entirely representative of the real-world in all cases, but when we need reliable, repeatable numbers, they can truly prove useful. That’s especially true when they don’t really seem to favor one architecture over another; AMD’s scaling here is to be expected from its slightly weaker IPC performance. Meanwhile, the 7980XE offers modest gains over the 7960X, as its 12.5% increase in cores would suggest.