For most of CES, I let the boys play with their toys and I wandered around looking for something new that I’d never seen before, or a better way to do something that already exists. In a sea of digital photo frames, there were actually quite a few ingenious items that stood out.

I quite honestly saw many more impressive items in the smaller Sands Center, which allowed personal one on one time with the individual representatives and focused more on the product and now how much money the company paid their marketing department.

In some cases, the owner of the company was there to talk to you and tell you about their products and not just some booth babe hired for the event who knew nothing about technology, let alone the product whose very tight t-shirt she was sporting.

The larger portion of CES took place in the Las Vegas Convention Center, and one quote from Shakespeare sums up the majority of that part of the show: “Full of sound and fury, signifying nothing.” We all know what an iPhone looks like, most of us have mp3 players we paid too much for, and our mouse and keyboard is a very personal choice. Once you saw a flat panel TV, you’d see one third of the show floor. So I’m going to show you some of the items you may not have noticed, that you’ll wish you did. 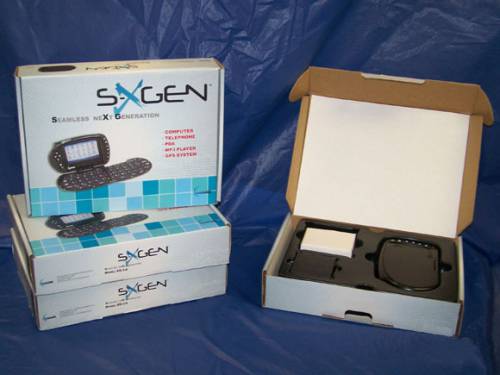 This certainly would have been a joy to carry around with you throughout CES and even on your everyday commute. It’s light, multifunctional and about the size of a Nintendo DS, but has the power of your full size laptop.

This device functions in many capacities and looks to be perfect for school and travel. It’s a palmtop PC, a GPS navigation system, a multimedia player, and a digital photo frame all with the ability to swing the screen around almost 360°. 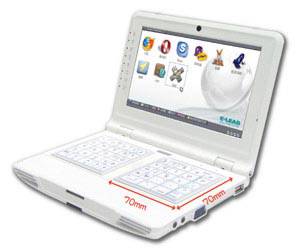 Noahpad UMPC uses the touch panel technology as its keyboard. When typing, it not only provides users enough room for each finger but also mimics the feeling of pressing down the keys on regular keyboards. In essence, it performs all the functions of a standard QWERTY keyboard.

Noahpad PC clickable touchpad can act as both a keyboard and a cursor controller. When used as a cursor controller, it provides a touchpad surface of up to 70x70mm in size, bigger than any touchpad currently equipped in large notebook computers. As such, users can bring the cursor to anywhere on the screen with a single movement of their fingers and can enter any command without mistakes by a simple click, resembling the convenience of a mouse.

Something else that jumped out was BugLabs who are building better gadgets with their Bug system. BUG is a collection of easy-to-use electronic modules that snap together to build any gadget you can imagine. Each BUGmodule represents a specific gadget function (ex: a camera, a keyboard, a video output, etc).

You decide which functions to include and BUG takes care of the rest letting you try out different combinations quickly and easily. With BUG and the integrated programming environment/web community (BUGnet), anyone can build, program and share innovative devices and applications. 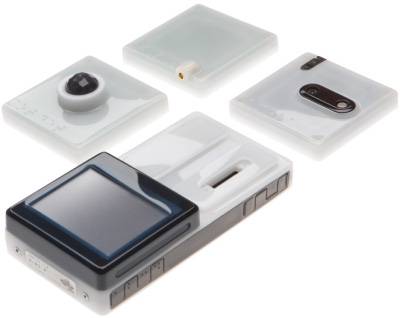 You start with the BugBase, which is a fully programmable and “hackable” Linux computer, equipped with a fast CPU, 128MB RAM, built-in WiFi, rechargeable battery, USB, Ethernet, and a small LCD with button controls. From there you add modules to create the item you want, including GPS, Digital Webcam, Touch Screen and Motion Sensor, with more to come. Add to that the open source software and YOU become the master of your gadgets.

And last but definitely not least, I’d like to give quiet thanks to two items that changed my experience at CES. At the end of my second hour on the first day, I wandered by a booth having a contest to choose a pattern for their product line.

This booth was the Alpine Innovations booth. They were showing off their new line of camera sleeves and the lens cleaning cloths that accompany them. Not exactly high tech, but when they noticed I was carrying my little camera around gingerly, they slipped one of their camera sleeves over it, and I was set for the rest of the show.

Their sleeve, paired with the strap from CamLeash.com, saved me from all sorts of horrors at the thought of bumping my camera, losing it, setting it down and forgetting it, or having it stolen. Between these two wonderfully paired products, I was able to snap happy pictures without worry for the safety of my little camera. So thank you!