One of the more interesting products I saw while perusing the show floor in the LVCC was FlatWire’s lineup of, well… flat wire. With demonstrations showing off the practical uses of the product, their booth always seemed to have a crowd assembled around, watching their demonstrations and installation competitions… although, it could also have something to do with their booth babes but really, does it matter!?

With a little mud work on your walls, you can literally PAINT over the wiring to your TV, stereo, wall lighting and even Ethernet. This, to me, is awesome. As the saying now goes, as soon as you drywall your new home, you instantly have a wiring problem. Nobody with a home over 6-8 years old considered wiring for a home network or surround sound, but with pricing of both dropping all the time, wiring this technology can be a royal pain if you want things to look clean. 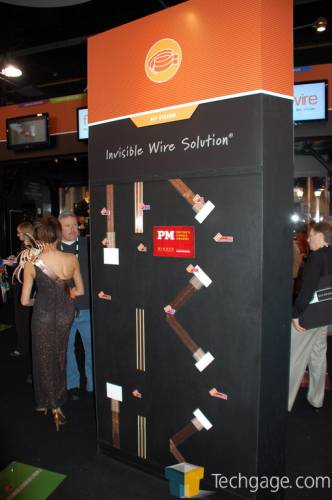 FlatWire essentially gives you the perfect way to mount a flat panel on your wall and have ZERO visible wires. This includes HDMI, power and if its new enough, CAT6. Look, I have spent a lot of time wiring existing homes for networks. It sucks. FlatWire gives a user another avenue to head down, and while this application will undoubtedly cost more than conventional wiring, it will also look far better.

Instead of having a breakout box on the wall and at the floor, you can simply run the flat wire with boxes mounted on either end and then paint over the wire itself. If you choose to rip it down, you don’t have to patch large holes where the boxes were. You can just remove the wire, patch the small holes used to mount the boxes, sand and paint. Minimal work for a potentially very-sharp look. For these reasons, FlatWire gets my nod of one of the best products on the CES show floor. While they aren’t the only ones using this approach, they clearly seem to be the leader.

Long listed among our favorite memory manufacturers, Crucial has produced quality products for many years. When we stopped by their booth last week, we were floored to see their new Ballistix Tracer line of modules. Now, it’s true that memory modules are not exactly “awesome” anymore, but the styling of these Tracer’s came across to Rob and I as being FREAKING AWESOME.

Shipping in colors of green, red, and blue, the sticks also have a colored PCB to match the color of the heat-spreader. Running along the top of the sticks are 12 LEDs, colored to match the color of the PCB and heat-spreader. Before, these lights were only in the center of the sticks, but with the use of adhesive to attach the spreaders, the entire top of the module is exposed, so according to how Crucial sees it, why the heck not run them all along the top? 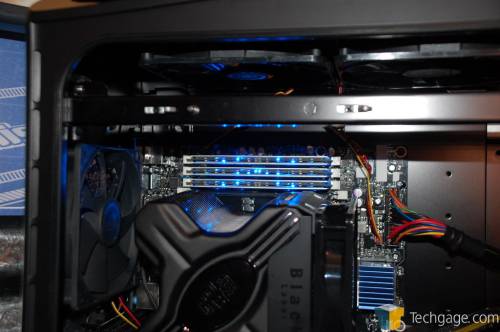 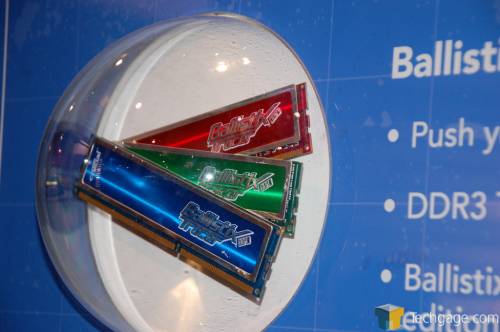 These sticks render me foolish in the sense that I just ordered 8GB of memory for my machine that use the previously cool, but suddenly lame-ish, older lighting pattern. While still functional, I think I would rather have the single-colored blue sticks. Silly advancements.