CES 2011 featured more tablets than we could count, but few were as deservingly hyped as BlackBerry’s PlayBook. Research in Motion, like many others, do mobile devices well, but tablets are not usual mobile devices. So what’s done here to give an edge to the PlayBook? It uses a brand-new OS, relies heavily on gestures, is fast, and delivers the Web “without limits”.

To help deliver that latter feature, BlackBerry will ship the PlayBook with Adobe’s Flash plugin and HTML5 support, enabling access to almost all websites out there without issue. Because the PlayBook includes a 1GHz CPU and 1GB of RAM, it’s expected to deliver ultra-smooth multi-tasking, and even the ability to playback 1080p HD video. 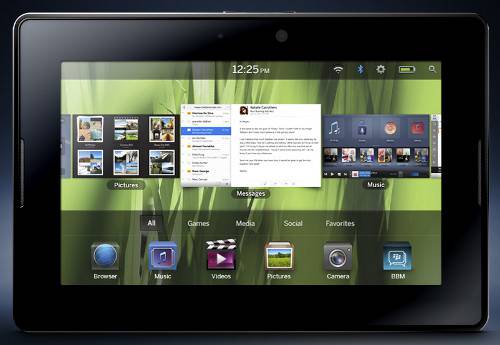 The PlayBook will be the first BlackBerry device to feature the QNX operating system, which the company acquired the rights to last spring. It’ll also include support for 802.11 a/b/g/n WiFi and 3G wireless through a BlackBerry mobile phone. 4G models of the tablet do not require a phone, but are limited to select mobile carriers.

All of the tablets unveiled at CES have potential for different reasons, but BlackBerry’s PlayBook might be the most well-rounded of them all. It has a major emphasis on business users as we’d expect, but also allows for a lot of fun to be had, either by listening to music, watching video or playing Flash-enabled games. We can’t wait for this baby to be released.

Athletes who have had the urge to capture their sport up-close-and-personal haven’t had the best of options, but that changes with Contour’s GPS mountable video camera. With the ability to mount to a piece of equipment, such as a helmet, bike handle or even the front of a vehicle, the Contour GPS is able to stay where it’s placed while recording all of the action seen in front of you.

The camera is almost completely hands-free, only requiring you to hit the button to record or change the mode. You can record at 720p, 960p or 1080p at up to 60FPS to the internal storage or to an add-in MicroSD card. With a 32GB card installed, the camera can capture up to 8 hours worth of 1080p/30 video. Still shots can also be captured, at the same frame rates as the video capture. 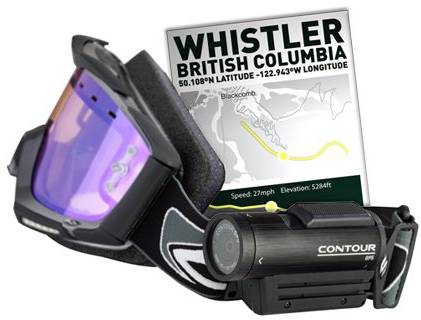 The Contour GPS features a small omni-directional microphone created by a rocket scientist that aims to record all of the important audio around you while minimizing wind noise. When a video is captured, you can make simple edits in the included software, and then share the result with friends and other members of the Contour community.

The Contour GPS is a rare entrant to our list as it’s actually available right now, and it can be purchased at the official website for an easy-to-stomach $279.99 USD.

Crucial has long offered some of the more interesting RAM options to enthusiasts, but it’s not because they’re the fastest, or have the biggest heatspreader. Rather, it’s because they feature some pretty lights which can be fun to watch, and sometimes mesmerizing.

The Ballistix Tracer series from Crucial has been successful ever since its inception, and we even awarded it a “Best of CES” award two years ago. So what’s changed since? Well, instead of offering users a choice between three main colors, the company has combined two colors into a single module, with two different available combinations (red/green and orange/blue), allowing the user to configure them to their liking. This can be done on a per-module basis, enhancing the overall appeal. 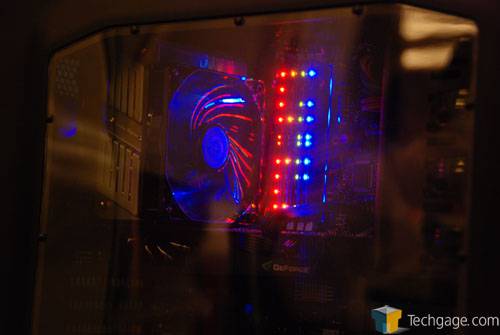 It gets better. The included Windows software can read a bunch of data from the modules themselves, and can prove useful to users for a variety of reasons. For example, one option is to view the temperature data for each installed DIMM, which can prove to be a boon for overclockers. You can also configure the colors to react to system activity via different presets, such as EQ, Pulse, Stream and so forth, which spices up the regular scheme of normal blinking.

The software can also deliver SPD information which could prove useful to those who don’t know how to check for it otherwise, and for those testing for stability, you can also log all temperatures and other information to a log file to be read later. You can see an example screenshot of the software here. The Ballistix Smart Tracer modules are available now through both Crucial.com and other e-tailers.