A huge focus of the E90 is power consumption, and LG boasts a decrease in power draw of 40% compared to other technologies. At the same time, LG packs in its “Image Booster” software enabling the enhancement of content that might not look its best, such as video from sites like YouTube. It’s also said to improve sports and other faster-paced video. 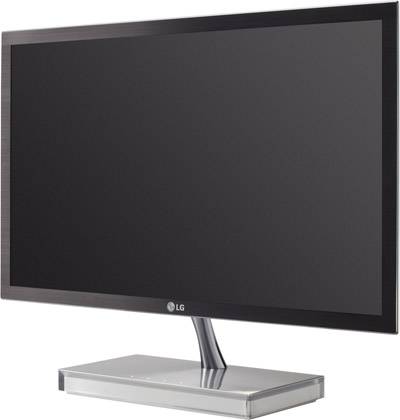 The E90 is said to be immediately available, although we’ve been unable to find it in stock anywhere. When it does hit retail, it’s likely to be priced at around $300~$350 USD.

It’s not too often that open-source projects get floor space at CES, so when we spotted Moovida, we had to investigate. Formally known as Elisa, Moovida is developed by Fluendo, a popular name in the Linux community as the company has been delivering codec and DVD playback solutions there for quite some time. Its flagship product is without question this robust media center, however.

Similar to XBMC, Moovida strives to be the most feature-rich and easy-to-use media center software for either Linux or Windows. Although the move from Elisa to Moovida saw the drop of the “10 foot interface” idea, current versions include two different interface styles, with one being perfect for a large television once things are setup. 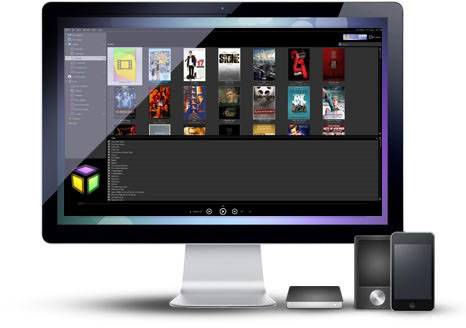 In addition to a full 3D interface, the software boasts support for all media formats, popular or not, has the ability to grab and integrate cover art and is fully designed to work with a remote control.

Moovida comes in two flavors, free and €25.99. The “PRO” version adds the ability to backup your DVD movies to an ISO, the Fluendo DVD player, support for Dolby Digital 5.1 surround sound, support for Linux and also customer support.

Docks were about as popular as tablets during CES 2011, but Motorola without question had the most interesting one on display. What you see with the company’s “laptop dock” is essentially a laptop itself, but without the ATRIX phone, it doesn’t function. Once the phone is plugged into the back, though, you can use the dock like an ordinary laptop with a special OS.

Once loaded up, you’ll be able to navigate the laptop dock’s OS like most others, while also retaining full functionality of the ATRIX phone itself. In addition to browsing the Web via the phone’s wireless connection, you could watch video content or view pictures, use apps, or even place a call.

At its launch, Motorola will be offering two docks for the ATRIX. One is designed for multimedia use and includes three USB ports and an HDMI port that requires your own keyboard, mouse and display, and the other is the one that looks like a laptop with an 11.6-inch display. The full-fledged dock is meant to be the business traveller’s ultimate solution, as they will have constant access to their phone’s data whether they’re mobile or back at the hotel with the dock.

In addition to the dockability of the ATRIX, the phone includes NVIDIA’s dual-core Tegra 2 processor, a fingerprint reader, front and rear cameras, support for up to 48GB of storage space, a qHD display (540×960) and runs on Android 2.2.

If not for our still-sore feet, we’d have a hard time believing that CES 2011 is long over. The entire event is still fresh in our minds, and the products discussed in this article are those that are unlikely to leave our minds for quite some time.

As far as we’re concerned, this year’s CES was one of the most successful ever, in terms of both attendance and products being shown off. CEA, the folks behind CES, predicted a turn-out of around 100,000 attendees, but that number was in fact closer to 140,000. At the same time, we left CES feeling great about what we saw at the event – and even a week later, we’re still excited. 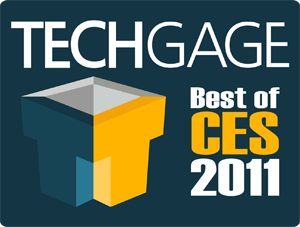 With all CES 2011 brought to the table, we can’t wait to see what next year brings. We’ll just be sure to fit ourselves with more comfortable shoes by then! Ouch.